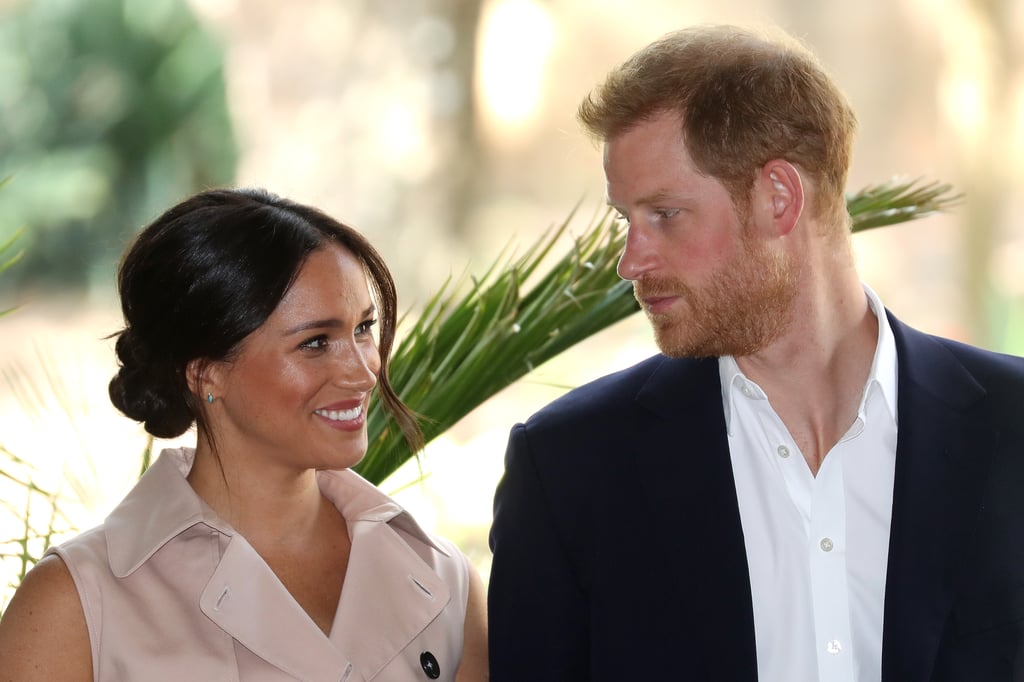 Meghan Has a Simple and Sweet Nickname For Prince Harry

During the documentary that followed Meghan and Harry's tour of Southern Africa, Meghan revealed during an emotional interview that she calls Harry "H." "I've said for a long time to H," she says in the film, before whispering, "That's what I call him." Journalist Tom Bradby appears to encourage her to continue, quietly reassuring Meghan that "it's OK" as she looks a little flustered and laughs.

The Royals
From Royal Baby to Big Girl: 23 Adorable Photos of Sweden's Princess Estelle
by Murphy Moroney 21 hours ago

The Royals
Prince Harry Speaks For the First Time on Royal Split: "There Really Was No Other Option"
by Britt Stephens 6 days ago

by Karenna Meredith 51 minutes ago