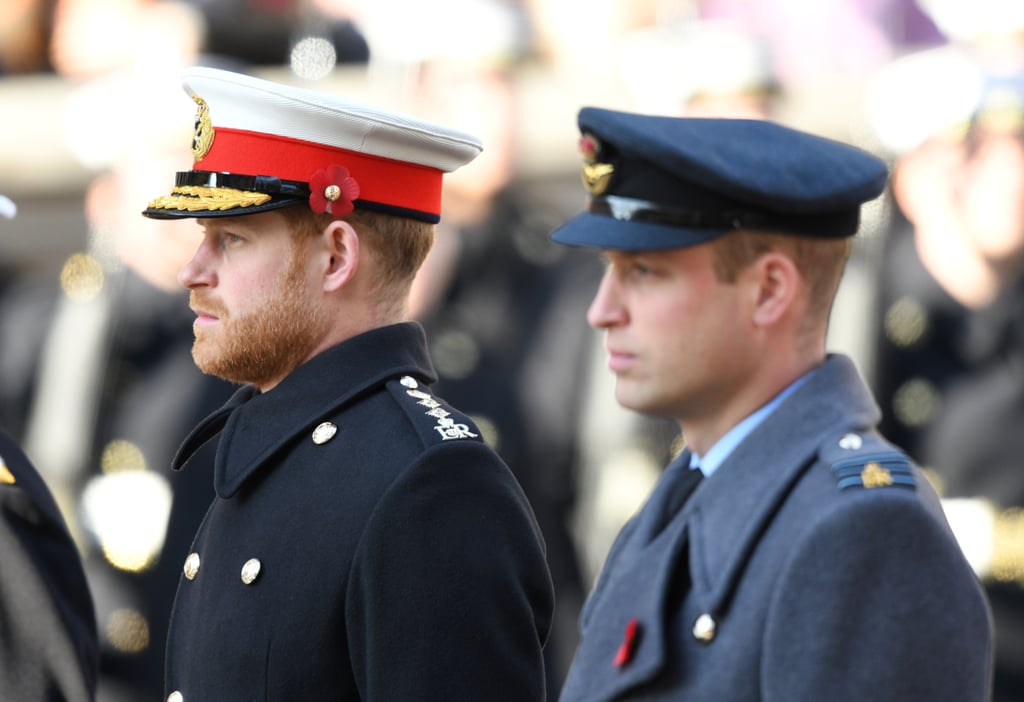 Prince William and Prince Harry Are "on Different Paths"

Harry surprised everyone in October when he gave a surprisingly honest answer to a question about the suggested rift between him and his older brother. While Harry laughed off the idea of any real "feud," he did address his "job" as a royal and confessed that "inevitably stuff happens." However, he continued, "We're brothers, we'll always be brothers. We're certainly on different paths at the moment but I will always be there for him as I know he'll always be there for me."

Both brothers now have young families, and inevitably their priorities and areas of focus have changed since the days when a single, child-free Harry would accompany William and Kate on royal engagements. However, the brothers are still often seen together at important royal engagements that mean a lot to both of them, like the Remembrance Day events in late November.

The Royals
From Royal Baby to Big Girl: 23 Adorable Photos of Sweden's Princess Estelle
by Murphy Moroney 3 days ago