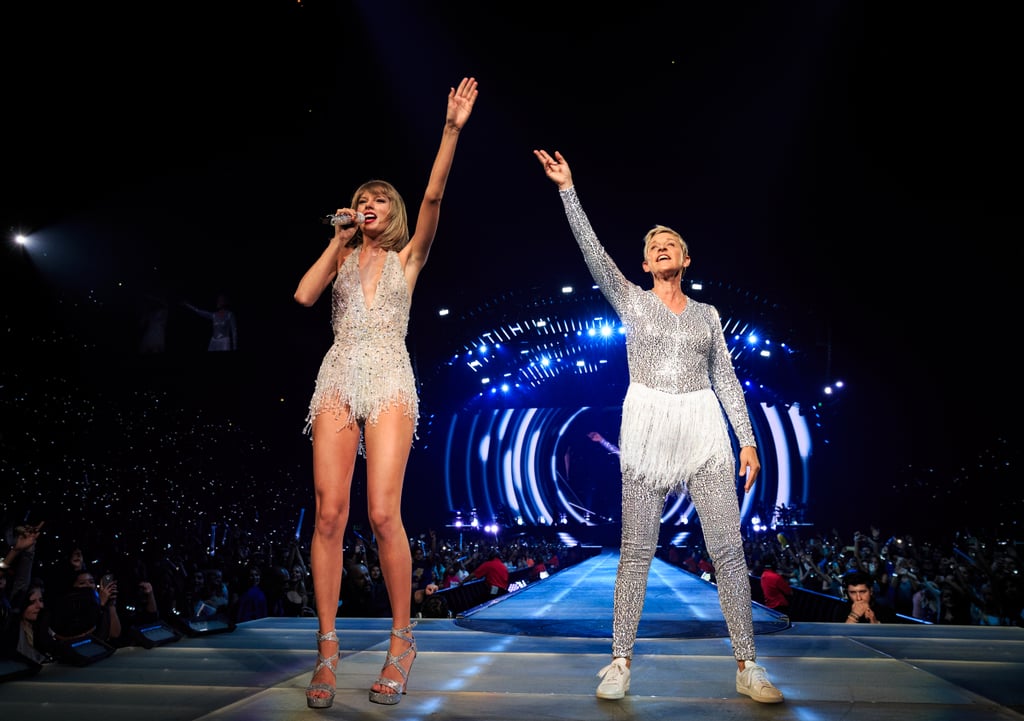 2015: Taylor Swift Brought Out Almost Every Celebrity on Her 1989 Tour

We don't think we've ever seen a star bring out as many special guests on their tour as Taylor Swift did for her 1989 one. Taylor had over 60 guests (no, that's not a typo) join her on stage, including pals Selena Gomez, Kendall Jenner, Ellen DeGeneres, and Charli XCX, as well as others that had us scratching our heads like Matt LeBlanc, Chris Rock, Joan Baez, Julia Roberts, Serena Williams, and the US Women's Soccer Team.

In 2018, Taylor hit the road again for her Reputation stadium tour. Even though she didn't have as many guests this time around, the tour grossed $266.1 million and sold over 2 million tickets domestically, making it the highest-grossing US tour. Not only that, but the tour was turned into a concert film for Netflix. Up next is Taylor's Lover tour, which kicks off in 2020.

Nostalgia
I Rewatched These 6 Disney Movies as an Adult, and I Have Questions
by Grayson Gilcrease 1 week ago