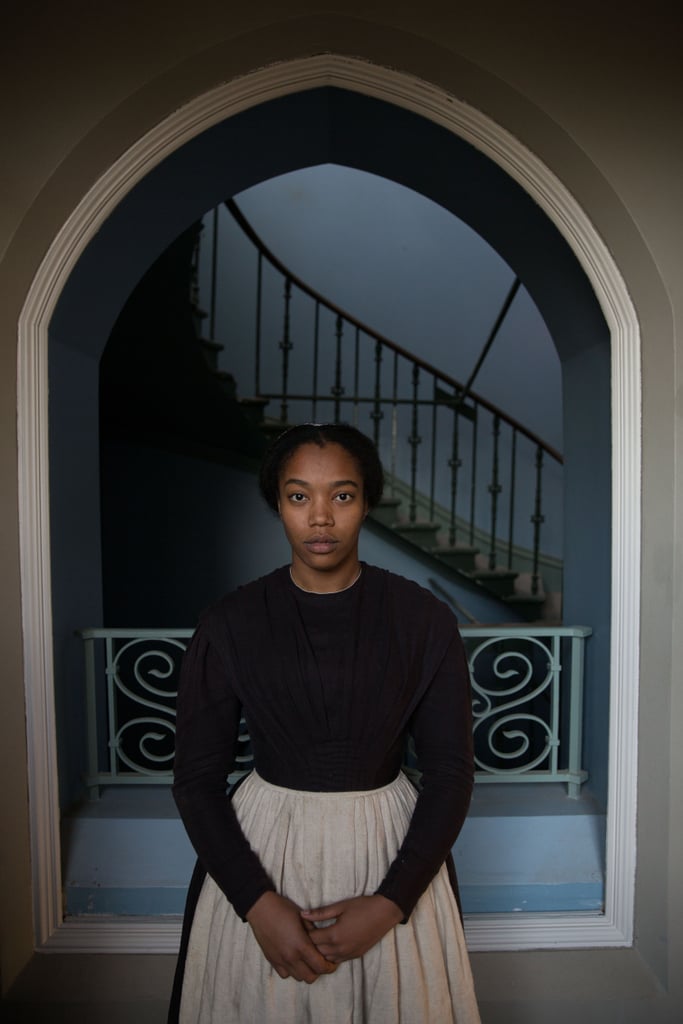 She Knew From an Early Age That She Wanted to Act

Naomi has been acting since age 11 when she starred in a Christmas show as a modern-day angel Gabriel. In an interview with The Los Angeles Times, she shared that she knew acting was her passion when she was in her mid-teens. But she actually wanted to be a Shakespearean actress rather than a Hollywood star. "I'd always had the idea of film in the back of my mind," she told the outlet. "But I think when you're not in America, and every film you see has American actors in it, you just think, 'Oh, that's Hollywood. That's a totally different thing.'"

However, her interests expanded when she attended the Royal Central School of Speech and Drama, which helped her land a role in William Oldroyd's Lady Macbeth, alongside Florence Pugh in 2016. It was her first feature film, but her portrayal of Anna — the title character's maid who often takes the brunt of her mistresses' rage — was one of the standout performances.

Previous Next Start Slideshow
The End Of The F***ing WorldF*cking Awesome FemalesCelebrity FactsNaomi AckieStar Wars: The Rise Of Skywalker
Around The Web

Celebrity Facts
Get to Know Amanda Gorman, the Young Poet Who Stunned at the 2021 Inauguration
by Amanda Prahl 3 days ago

Celebrity Facts
Get to Know Meena Harris's Partner, Nikolas Ajagu, With These Fast Facts
by Kelsie Gibson 3 days ago

Celebrity Facts
Get to Know Teyonah Parris, the Star Playing the Iconic Monica Rambeau on WandaVision
by Monica Sisavat 1 week ago

Netflix
Who Is Claudia Jessie? The Bridgerton Actress Has a Fascinating Past
by Corinne Sullivan 1 week ago