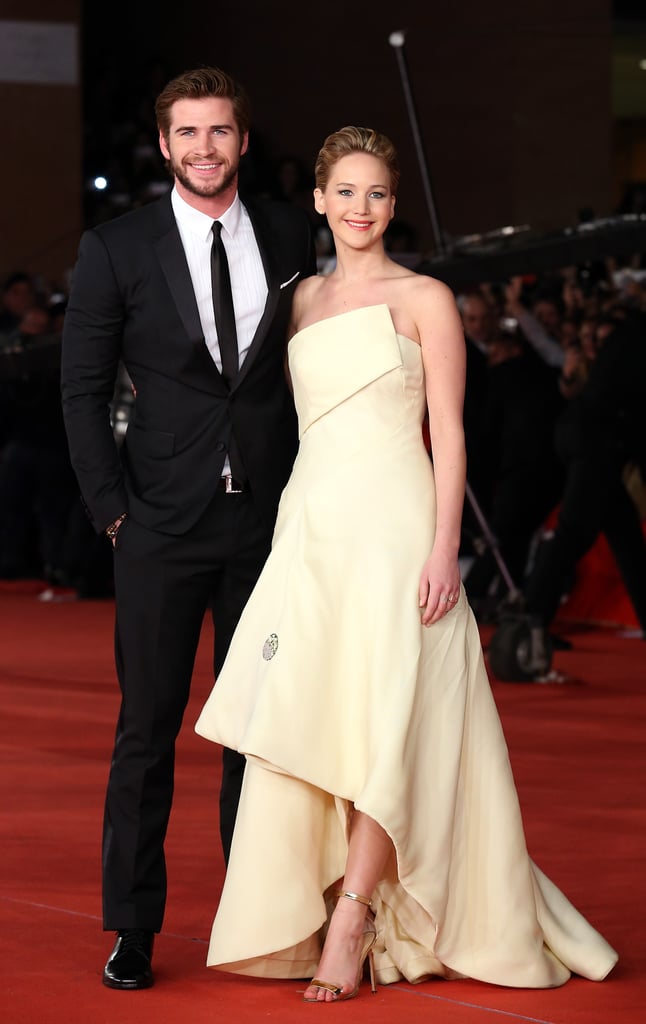 While Jen and Liam were never technically a full-blown couple (that we know of), the actress did admit to having feelings for the star while they filmed the Hunger Games movies. During an appearance on Watch What Happens Live in December 2015, Jen revealed that she and Liam shared a few kisses off screen. "Liam and I grew up together," she said. "Liam's real hot. What would you have done?" While we know Liam is happily married to Miley Cyrus, you do have to admit that he and Jen would have made an amazing couple.

Ana de Armas
Bond Girl Ana de Armas's Love Life Is a Bit of a Mystery, but Here's What We Know
by Corinne Sullivan 1 day ago

Celebrity Facts
David Dobrik Is Currently Single, but Here's Everyone He Has Dated (For Your Records)
by Corinne Sullivan 1 day ago

Celebrity Facts
Who Is Emma Chamberlain Dating? She May Have Just Confirmed Her Relationship Status
by Corinne Sullivan 20 hours ago

Celebrity Couples
So, What's the Deal With The Bachelor's Victoria Fuller and Chase Rice?
by Monica Sisavat 1 day ago