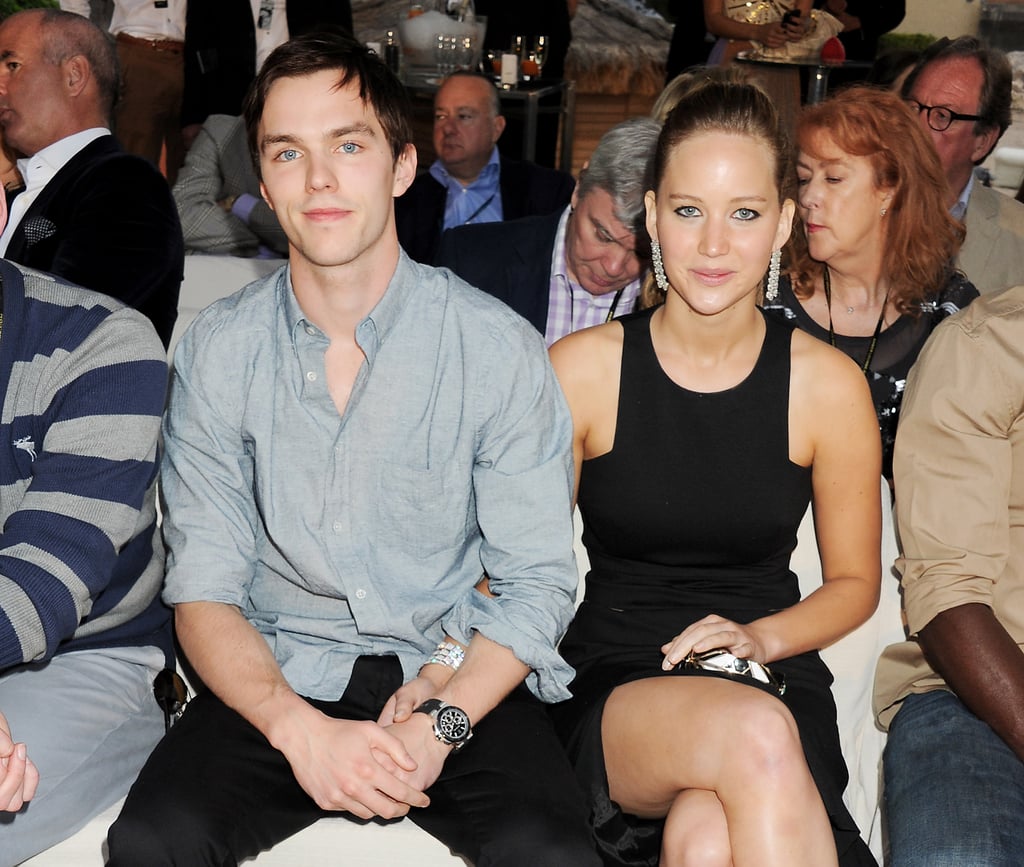 After meeting on the set of X-Men: First Class in 2010, Jen and Nicholas struck up a romance. They dated until 2013, briefly split up, reconciled, and then called it quits for good while filming X-Men: Days of Future Past in 2014. There seems to be no bad blood between these two, though, as they were spotted having a friendly chat at the 2016 Golden Globes.

Celebrity Couples
Christina Milian Welcomes Her 1st Child With Boyfriend Matt Pokora: "And So We Begin"
by Samantha Brodsky 1 day ago