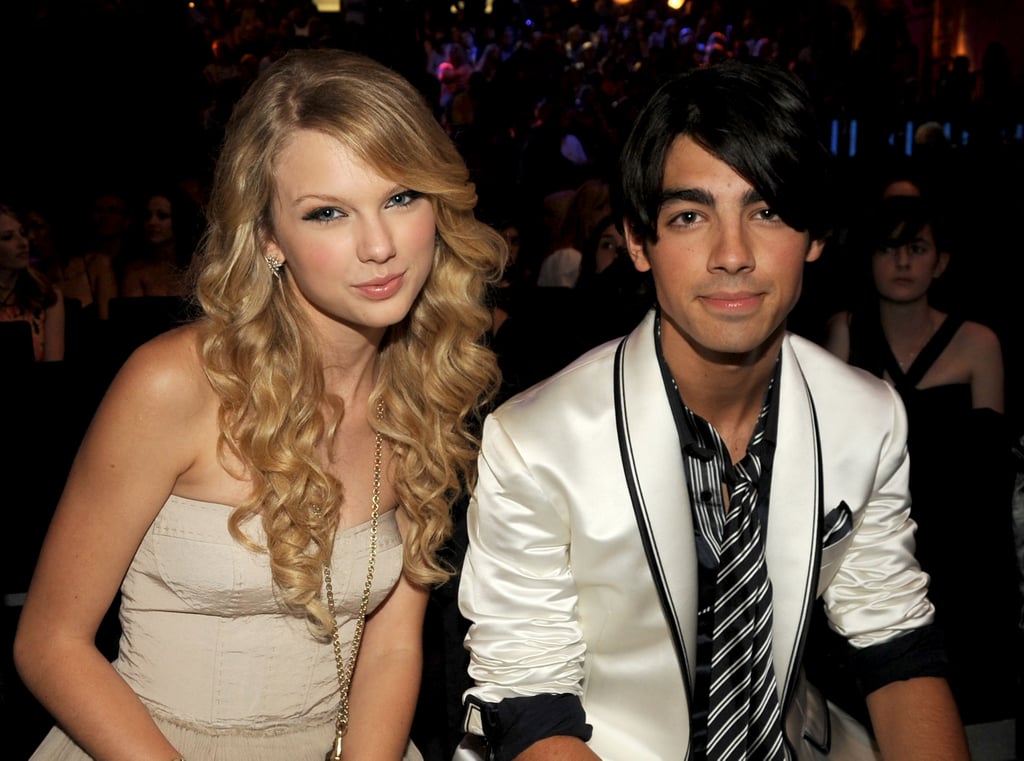 Taylor's first highly publicized relationship was with Jonas Brothers singer Joe Jonas. The pair dated for a few months before Taylor famously told Ellen DeGeneres that he broke up with her over a 27-second phone call. Taylor responded by writing the breakup songs "Last Kiss" and "Forever and Always" about him, but things got even more strained between them when Joe went on to date actress Camilla Belle. Taylor penned a fiery tune called "Better Than Revenge," which includes lyrics aimed at Camilla like, "She's an actress/But she's better known/For the things that she does on the mattress."

Joe later spoke out about the breakup in a MySpace post that read:

"Several things I will state with all my heart. I never cheated on a girlfriend. It might make someone feel better to assume or imply I have been unfaithful but it is simply not true. Maybe there were reasons for a breakup. Maybe the heart moved on. Perhaps feelings changed. I am truly saddened that anything would potentially cause you to think less of me."

It looks like the phrase "time heals all wounds" is true, though, because the exes were eventually able to bury the hatchet. During a 2019 appearance on The Ellen DeGeneres Show, Taylor admitted that she regrets putting Joe "on blast."

Previous Next Start Slideshow
Taylor SwiftCelebrity Couples
Around The Web

Accessories
Taylor Swift Got Olivia Rodrigo a Matching Ring For Good Luck, So They're Basically BFFs
by Chanel Vargas 1 day ago

Celebrity Couples
No, Jodie Foster Did Not Set Up Shailene Woodley and Aaron Rodgers
by Grayson Gilcrease 3 days ago

Taylor Swift
Taylor Swift Calls Out Netflix's Ginny & Georgia For Its "Lazy, Deeply Sexist" Joke
by Kelsie Gibson 3 days ago
Emma Stone
Emma Stone and Dave McCary Were Spotted in LA as They Gear Up For Parenthood
by Karenna Meredith 5 days ago

Keke Palmer
So, Does This Mean Keke Palmer and Styn Are Official Official Now?
by Monica Sisavat 1 week ago