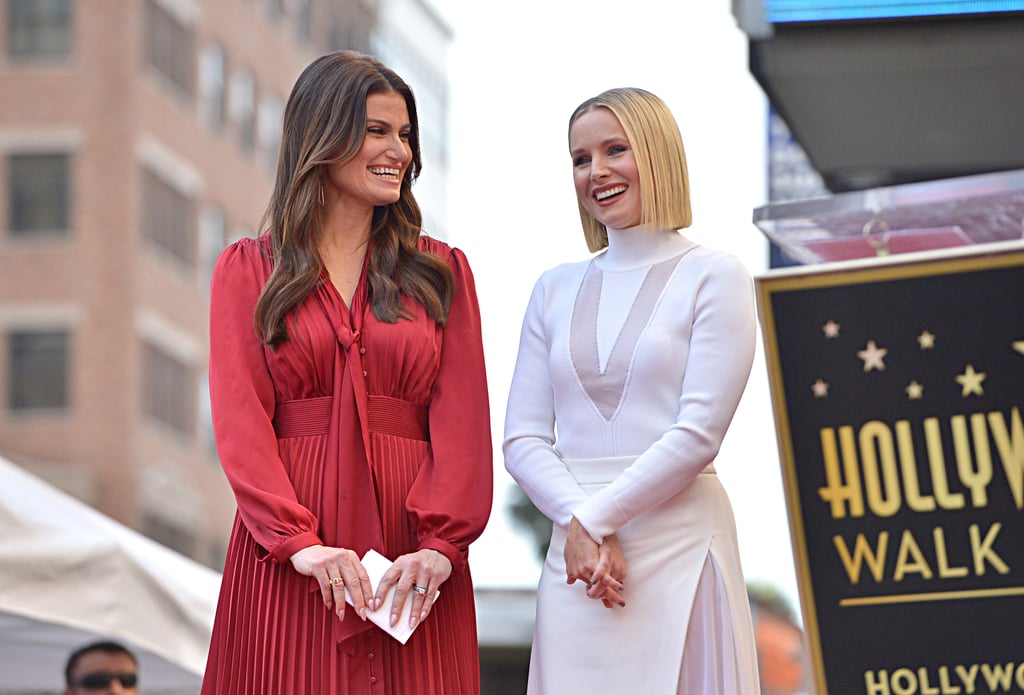 Idina Menzel and Kristen Bell took a break from ruling Arendelle as they attended their joint Hollywood Walk of Fame ceremony on Tuesday. The Frozen costars, who play sisters Elsa and Anna in the Disney films, looked very festive as they supported each other for the big event. GLOW actress Jackie Tohn said a few words about her long-time friend Kristen, while their fellow Frozen costar Josh Gad brought the laughs during his funny speech about Idina.

Both Idina and Kristen have had incredible careers thus far. Idina is best known for her roles in Broadway's Rent and Wicked (the latter of which earned her a Tony), as well as her recurring role as Shelby Corcoran on Glee. Meanwhile, Kristen is best known for her roles on Veronica Mars and The Good Place, as well as countless comedy films like Forgetting Sarah Marshall and Bad Moms. See more photos from their joint appearance ahead.

Kristen Bell
Kristen Bell on Teaching Her Kids About Confidence: "Beauty Is a Rainbow, Not a Standard"
by Kelsey Castañon 1 week ago

Kristen Bell
Kristen Bell on Keeping Her Kids' Faces Off Social Media: "I Don't Know If They Will Want That"
by Alessia Santoro 2 weeks ago

Kristen Bell
Kristen Bell Wants to Make Self-Care Affordable Again: "It's Not Fair That Rich People Get the Good Stuff"
by Kelsey Castañon 10/20

Family Life
Kristen Bell, Dax Shepard on the Benefits of Having a Nightly "Kindness Hour" With Their Kids
by Chanel Vargas 10/08