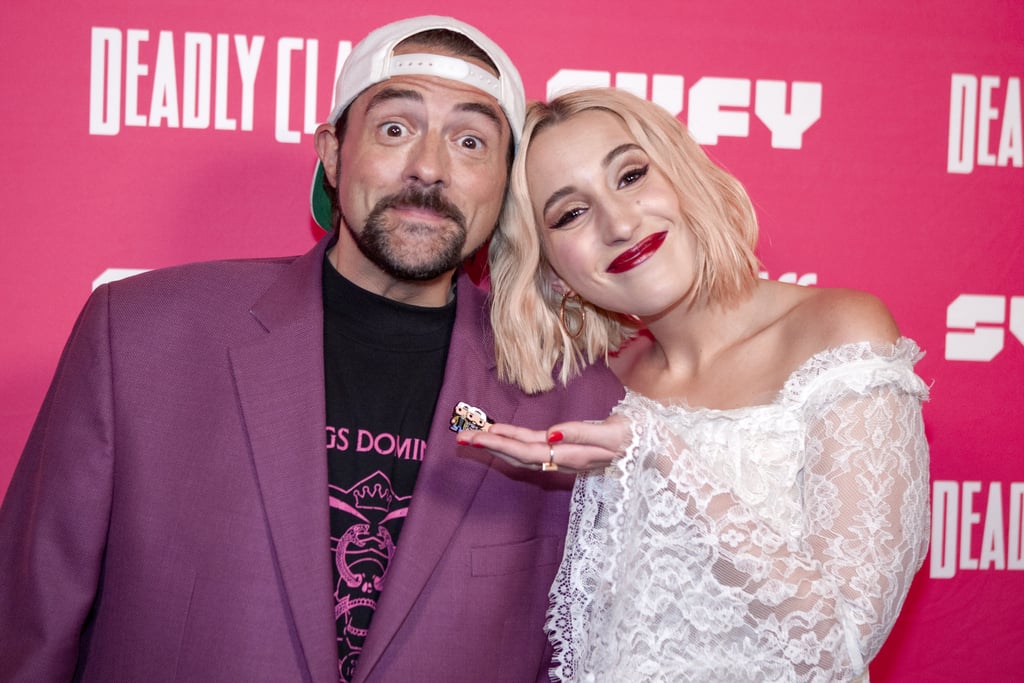 Harley Quinn Smith stars on Freeform's latest series Cruel Summer, and chances are, you've probably seen her in one of her dad Kevin Smith's films before. The 25-year-old actor has appeared in Jay and Silent Bob Reboot, Tusk, Clerks II, and Yoga Hosers, and now she's playing one of Jeanette Turner's (Chiara Aurelia) best friends, Mallory Higgins, in the psychological thriller. Ahead of the show's April 20 premiere, Kevin shared his excitement over his daughter's part in the show on Instagram. "PROUD DAD ALERT!," the director wrote alongside a clip from the series. "So happy for the Kid: she's already further along in her career than I was at her age . . . Go get 'em, Kiddo! Proud I raised such a good professional liar!"

Kevin's Cruel Summer tribute for his daughter is just one of the many cute moments the two have shared together. From red carpet outings to funny snaps on Instagram, it's clear the apple didn't fall far from the tree. In honor of their sweet father-daughter bond, see some of Kevin and Harley's best moments ahead.

Shirtless
After Seeing These Pictures of Resort to Love's Sinqua Walls, We're Going to Need a Minute
by Grayson Gilcrease 21 hours ago

Kanye West
Kanye West's Donda Album and My College Experience Have 1 Thing in Common: A Dorm Room
by Grayson Gilcrease 23 hours ago