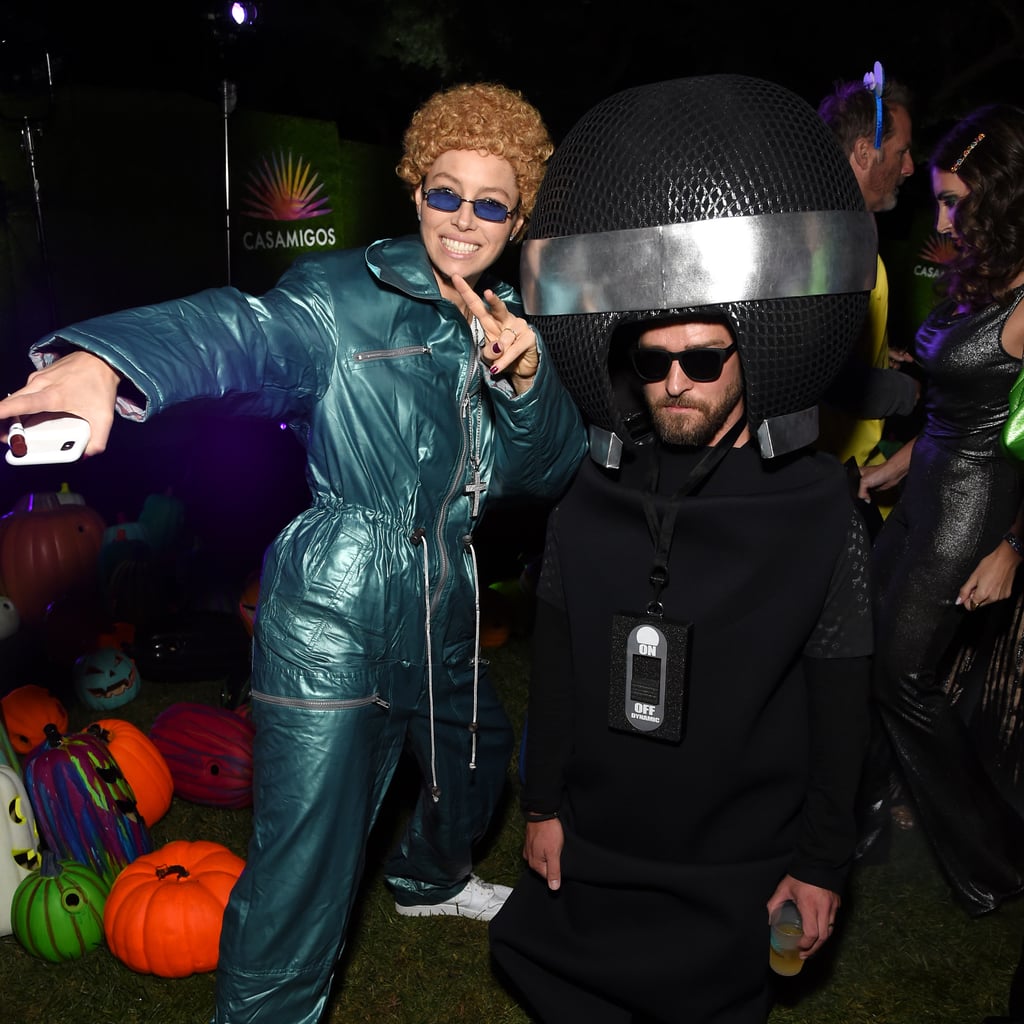 Jessica Biel wasn't an *NSYNC fan growing up, but that didn't stop her from absolutely slaying a '90s-era boy band costume at the Casamigos Halloween party on Friday night. Yep, the 37-year-old Limetown actress dressed up as her husband, Justin Timberlake, for the star-studded bash, and she really nailed every detail — even the ramen hair.

Jessica channeled Justin's 1999 American Music Awards outfit for the event, and he was her perfect partner in a giant microphone costume. To top it all off, they were accompanied by four friends who acted as the remaining *NSYNC members. Jessica recently admitted her lack of boy band knowledge to Jimmy Fallon on The Tonight Show. Turns out, she doesn't need to know Justin's songs by heart to iconically channel his '90s vibes! Keep reading to get a closer look at their costumes.