Iskra Lawrence is going to be a mom! The 29-year-old Aerie model is expecting her first child with boyfriend Philip Payne. On Monday, she gave us a glimpse of her growing belly when she stopped by a nail salon in New Jersey. Iskra looked positively radiant as she placed her hand on her stomach and wore a black turtleneck dress and snakeskin boots. The following day, Iskra announced the exciting news on Instagram with a series of cute photos of her and Philip.

"It's not just the two of us anymore, we're soon to be a family of 3 ❤️," she wrote. "Right now we're 17 weeks and 3 days pregnant! And I can't wait to share with you what these last 4 months have been like. I've never been more excited to meet anyone, and Philip and I are in love with our mini baby P bump. I'm well aware of the struggles many women face with infertility and how lucky I am. That is why I'll be giving away $10,000 to help and support one of you in your pregnancy journey (more deets coming soon)."

Iskra first met the music producer at a Grammys party in January 2018, and it was love at first sight for Philip. "So, we're at this party, I'm jamming . . . I see from the corner of my eye this shining, sparkling," Philip recalled on Iskra's YouTube channel in September. The two began dating later that year, and they've shared tons of adorable moments together since then. Congrats to Iskra!

Related:
Every Time Iskra Lawrence Was So Hot, We Thought We'd Melt Just Looking at Her
Previous Next Start Slideshow
Celebrity PregnanciesIskra Lawrence
Around The Web

Meghan Markle
After Meghan Markle Shopped This Maternity Dress on Her Own, Sales Increased by 500%
by Sarah Wasilak 2 days ago 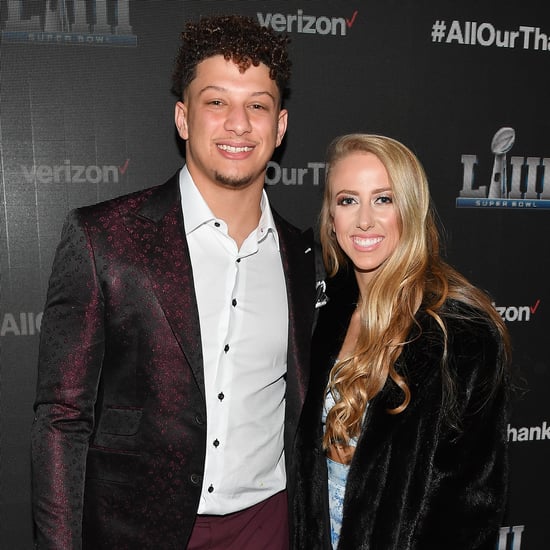 Celebrity Couples
It's a Girl! Patrick Mahomes and Brittany Matthews Welcomed Their First Child Together
by Karenna Meredith 3 days ago