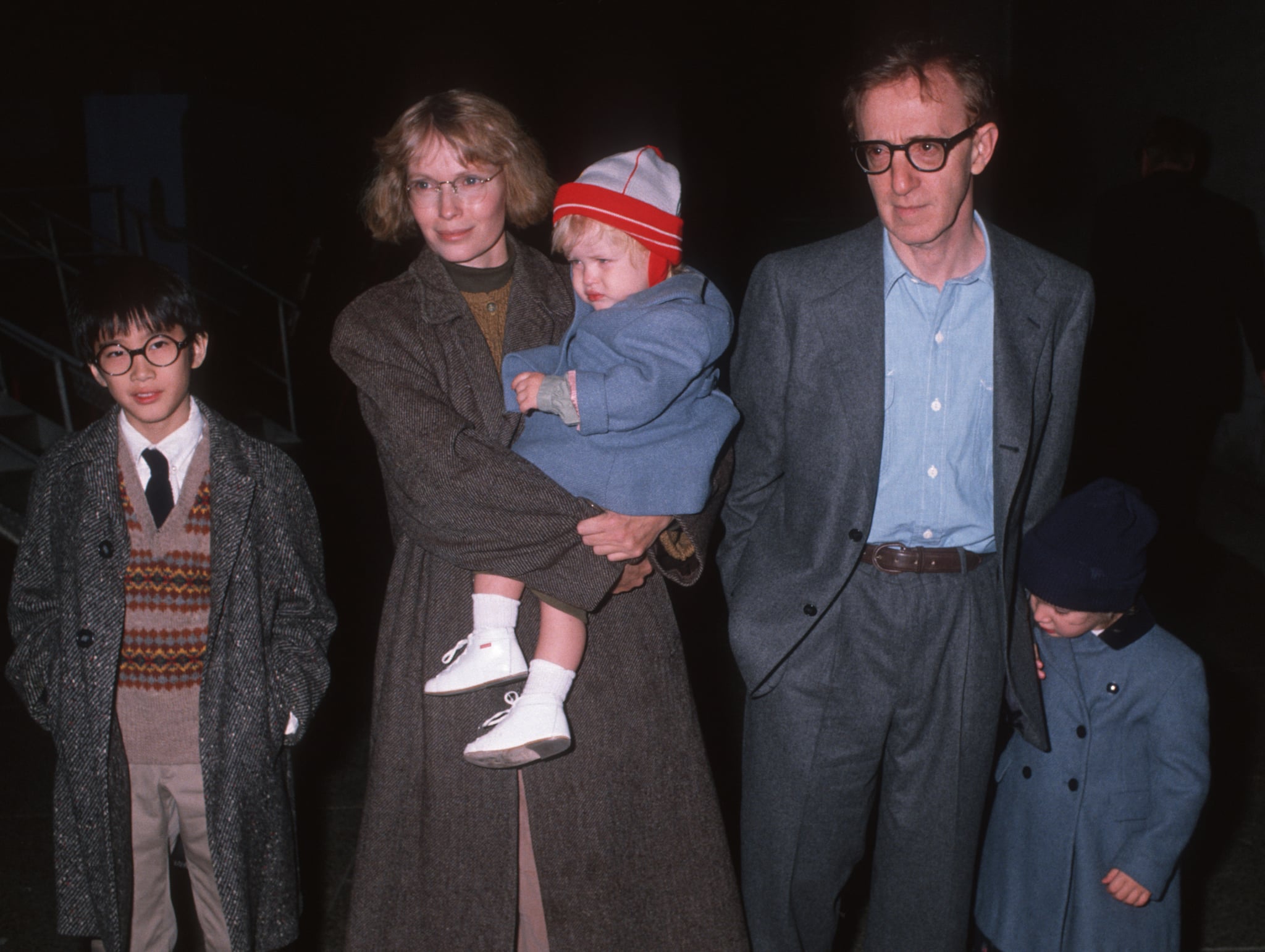 The HBO documentary Allen v. Farrow provides a look into the family dynamics of Woody Allen and Mia Farrow's marriage and children. It's a scandalous and often devastating story, with affairs and abuse leaving permanent marks on all of the children. Although their family was sprawling, the couple actually only had a few children together.

Out of Farrow's 14 biological and adopted children, the only one who is biologically hers and Allen's is Satchel Farrow, better known as the journalist Ronan Farrow. A 2014 report by The Daily Beast revealed some of the details of Allen and Farrow's child-rearing arrangement, as described in the 1992 custody lawsuit between the former couple. By the time they began dating around 1980, Farrow already had several children: three biological sons from her marriage to André Previn, as well as three adopted daughters (including Soon-Yi Previn, adopted by Farrow and Previn) and an adopted son, Moses Farrow, who was adopted by Mia alone.

When they began dating, Allen reportedly "viewed her children as an encumbrance," according to the court documents. In 1984, Farrow told Allen she wanted to have a child together, and he agreed after "Ms. Farrow promised that the child would live with her and that Mr. Allen need not be involved with the child's care or upbringing." They were initially unable to conceive, and instead, Farrow adopted another child, her daughter Dylan; Allen chose not to be Dylan's adoptive father at the time.

In 1987, the couple did have their biological son, Ronan, and Allen began to show a greater interest in Dylan. Despite her misgivings about his interactions with Dylan, in 1991, Farrow struck a deal with Allen. As described in the court documents, Allen promised not to stand in the way of Farrow adopting again — which she did do — if Farrow would allow him to legally adopt Dylan and Moses. Farrow agreed — with the caveat that Allen "would not take Dylan over for sleepovers… unless [her mother] was there." Dylan later alleged that Allen had sexually abused her during that time.

Allen also has two adopted children with Soon-Yi Previn, who he married in 1997. In 2016, People checked in with Farrow's children. Of her 14 children, three — Lark, Tam, and Thaddeus — have died. Most of her surviving children, with the exception of Ronan, Dylan, and Soon-Yi, have gone on to live relatively private lives with families of their own.

Insecure
So, Are Molly and Taurean Dating? Insecure's Leonard Robinson Dishes on the Possible Romance
by Njera Perkins 5 days ago

HBO
Euphoria Is Back For Season 2, but We're Not Ready For All the Teen Drama Ahead
by Njera Perkins 1 week ago