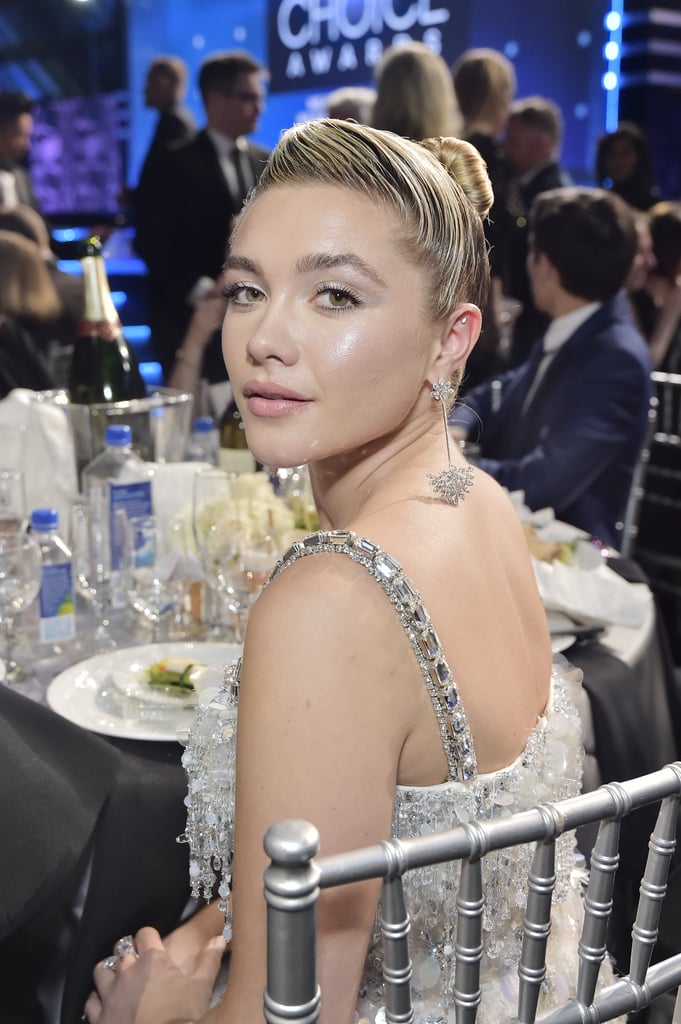 Florence Pugh was dripping glamour at the Critics' Choice Awards on Sunday night. The 24-year-old actress attended the Los Angeles ceremony rocking a silver iridescent gown with drop earrings and an updo. She was there in support of her films Midsommar, which earned a nomination for best sci-fi or horror movie, and Little Women, which earned eight nominations, including best picture and best acting ensemble. Florence also received a nod in the best supporting actress for her portrayal of Little Women character Amy March. Look ahead to see more photos from her night!

Gigi Hadid
Gigi Hadid's Met Gala Dress Was Supposed to Have a Denim Train — See the Original Sketch!
by Sarah Wasilak 4 weeks ago