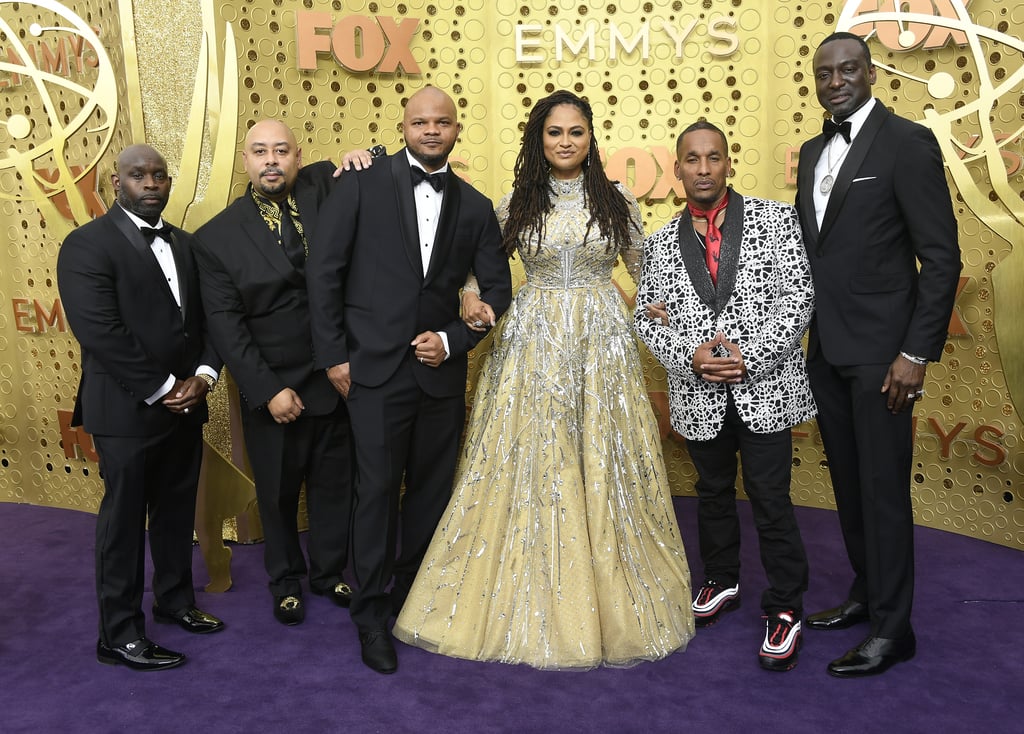 The Exonerated Five, whose lives were depicted in Ava DuVernay's powerful Netflix miniseries, When They See Us, graced the Microsoft Theater at the 2019 Emmys. The series entered the Emmys ring this year with a breathtaking 10 nominations, including ones in the limited series and lead actor categories. In the latter section, Jharrel Jerome, who plays Korey Wise, picked up a win, ending his speech by paying homage to the men whose stories of resilience became the show's foundation.

In 1989, a media blitz dubbed five black and Latino teenage boys — Wise, Raymond Santana, Kevin Richardson, Antron McCray, and Yusef Salaam — the "Central Park Five," a label that would become entrenched with a history of injustice and racism. In April 1989, a young woman named Trisha Meili was brutally raped and beaten while jogging in Central Park one night. Using intimidation tactics, the police cornered the teenagers into confessing that they'd committed the crime when they in fact did not. Each of the five would spend between five to 15 years incarcerated, despite no physical evidence linking them to the case. It wasn't until 2002 when imprisoned murderer and rapist Matias Reyes (who had an encounter with Wise) confessed to assaulting Meili that the five's names would be cleared.

The five men have committed themselves to criminal justice reform since their release. All of them have been deeply involved in DuVernay's project, so we've been seeing them during press and award season as When They See Us picks up buzz. Scroll ahead for pictures of the men posing with DuVernay during the 2019 Emmys!

Grammy Awards
Selena Quintanilla Will Be Honored at the 2021 Grammys, and We're Already Crying
by Monica Sisavat 4 weeks ago