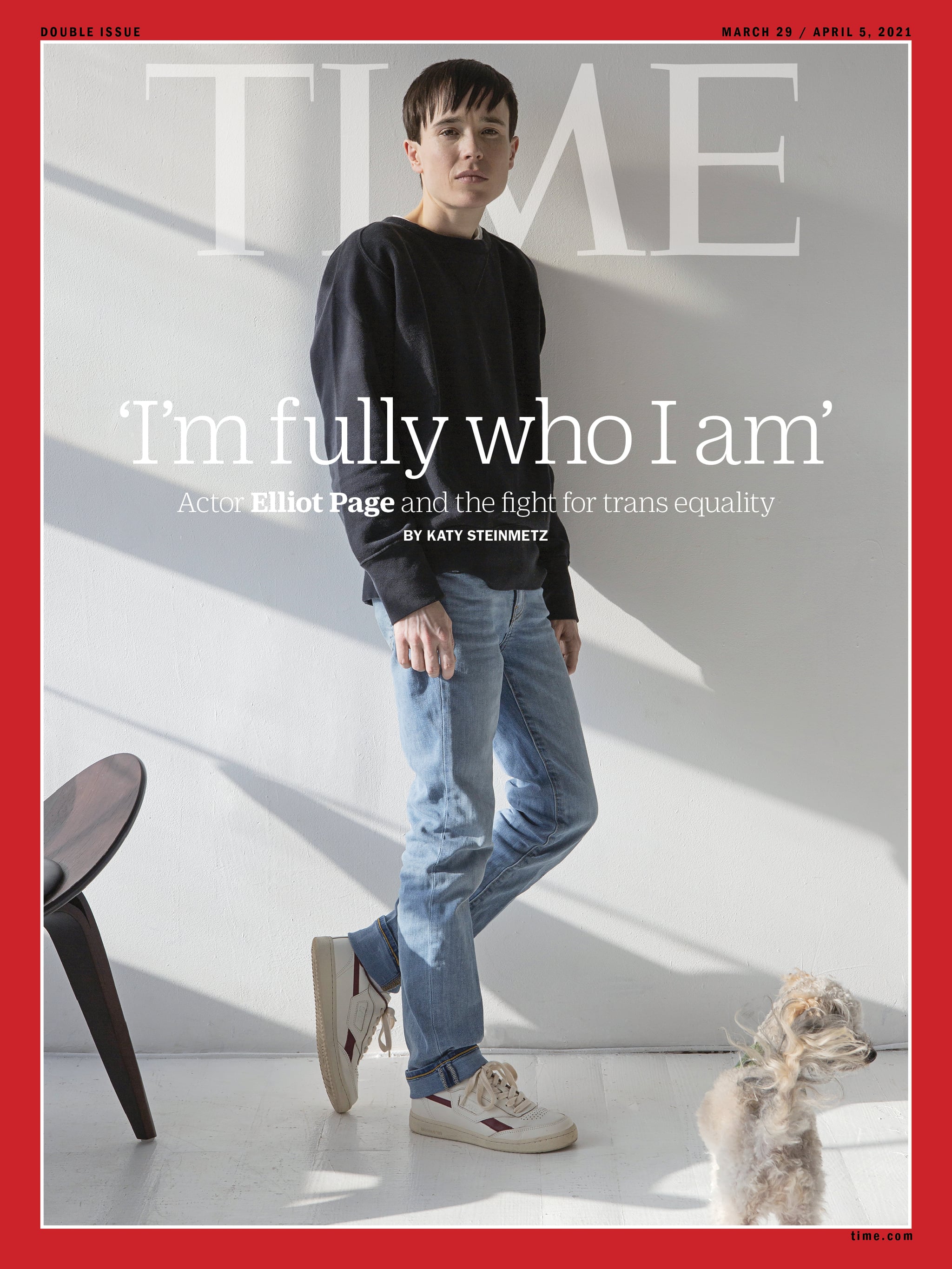 After publicly coming out as transgender in December, Elliot Page is opening up in his first interview with Time. Since discussing his identity in a heartfelt letter on Twitter, the Umbrella Academy actor told the publication that he's feeling "true excitement and deep gratitude to have made it to this point in my life, mixed with a lot of fear and anxiety." While his announcement was met with widespread support from costars and friends, Elliot revealed that he also experienced a lot of "hatred and transphobia." "What I was anticipating was a lot of support and love and a massive amount of hatred and transphobia. That's essentially what happened."

Despite that, Elliot is even more encouraged now to use his voice to lift up others in the LGBTQ+ community, specifically the transgender community. "We know who we are," he told the publication. "People cling to these firm ideas [about gender] because it makes people feel safe. But if we could just celebrate all the wonderful complexities of people, the world would be such a better place." He added that he wants to use his "privilege and platform to help in the ways I can." Read more quotes from his cover story ahead.

Prince Harry
Prince Harry Calls For Unity Amid COVID-19: "When Any Suffer, We All Suffer"
by Kelsie Gibson 2 days ago