Carrie Fisher would have turned 63 on Oct. 21, and her daughter, Billie Lourd, shared a sweet Instagram tribute in honor of her birthday. The 27-year-old Booksmart actress sang "American Girl" by Tom Petty, one of Carrie's favorite songs, in one of Carrie's favorite places: the bathtub. "Not that I'm some kind of grief expert by any means, but on milestones (or whatever you want to call them) like this, I like to celebrate her by doing things that she loved to do," Billie wrote in her Instagram caption. "I'll probably have a pint of vanilla Haggen Dazs and a Coca Cola for dinner."

Since the iconic Star Wars actress died of a heart attack in 2016, Billie has been sharing heartfelt tributes on the anniversary of her mom's death and on her birthday. On the first anniversary of Carrie's death, Billie and her dad visited the Northern Lights. Billie's tributes have also included getting a matching ankle tattoo and singing another one of her mom's favorite songs, "These Days" by Jackson Browne. Billie is known for bringing a lot of personality to her acting roles, but she's clearly a talented singer, too — she's mentioned that she and Carrie loved to sing together. See the latest way she honored her mom above. 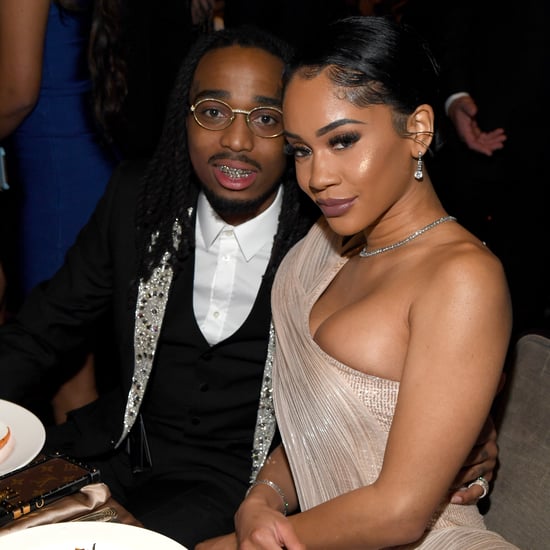 Celebrity Instagrams
Saweetie's #RelationshipGoals Come With a Hefty Price Tag, and Fans Have Thoughts About It
by Mekishana Pierre 2 days ago