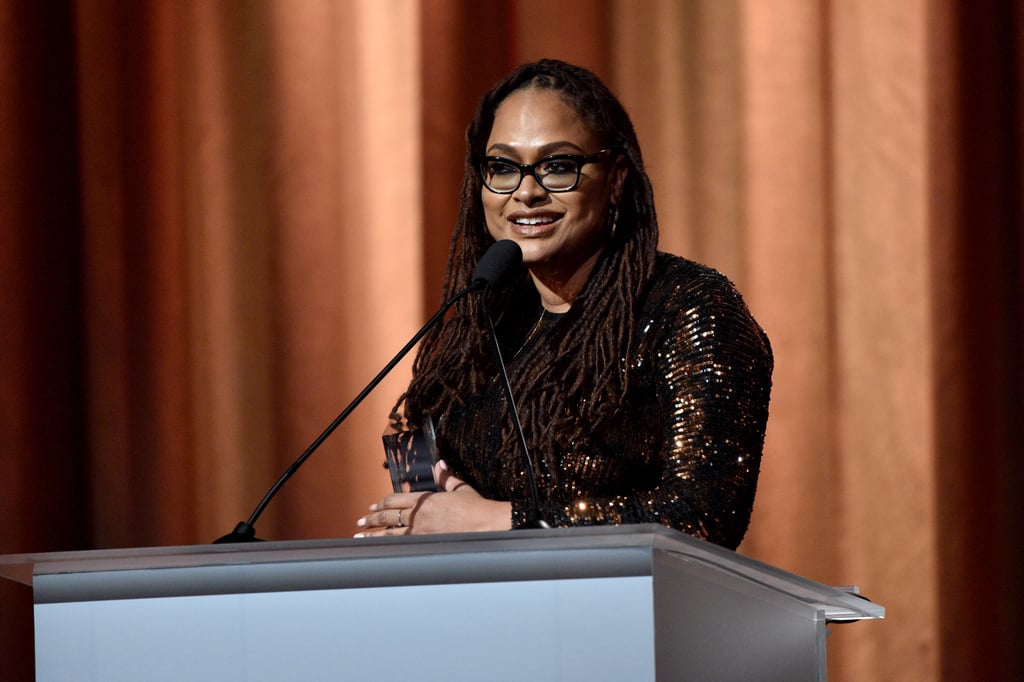 Ava DuVernay virtually connected with Black leaders and activists on Tuesday to discuss the Black Lives Matter movement and efforts to dismantle racial oppression. The conversation — a part of Oprah Winfrey's two-night town hall titled "Where Do We Go From Here?" — explored a series of topics, including the mainstream media's portrayal of demonstrations following the killings of George Floyd, Breonna Taylor, and Ahmaud Arbery.

Calling the coverage of protests and lootings "conflated," Ava spoke about the importance of staying focused on the larger issue of systematic racism. "You have folks that have said, you know, 'Gosh, they're losing the message. They're watering down the message because, you know, they protest in the day and they loot at night. This is, you know, taking the steam away from what the mission can be,'" she said. "I just really invite people to think about, you know, if your concern with the murder of Black people by police can be deterred or shifted because someone is taking a pair of jeans from a Target, then you've got to look at how much you cared about the murder of the Black people by the police to begin with. It's as if, 'I was gonna care about Black people being murdered, but that guy took those shoes, so I don't know now.' That's how ridiculous it sounds to me."

She then encouraged people to examine the way they think about all of the events that have unfolded in recent weeks. "It's really about forward-thinking people — people who truly believe in justice and dignity for all, I know that's all kinds of people that do feel that way," she said. "Watch yourself as you're playing this game of respectability politics because you're getting into a place that really is veering way off the path of what the point at hand is, which starts from a place of the murder of Black people by police and really opens up to an interrogation of a whole system."

Related:
Michael B. Jordan Urges Hollywood to Diversify on and Off Screen: "Make Our Voices Heard"
Previous Next Start Slideshow
Ava DuVernayOprah WinfreyCelebrity QuotesCelebrity InterviewsBlack Lives MatterRace And Culture
Around The Web

Jessica Alba
Jessica Alba on Her New Conscious Cleaning Line, Working From Home, and Her 2021 Vision
by Macy Cate Williams 2 days ago