To be a fly on the wall during Grammys rehearsals! A few days ahead of the music award show on Jan. 26, Ariana Grande shared a laid-back, talent-filled photo with the majority of BTS — with the exception of Min Yoon-gi, aka Suga, who was inexplicably absent for the photo op. "Look who i bumped into at rehearsal," Ariana captioned the photo.

Ariana is a confirmed Grammys performer, although she has yet to divulge which song she'll be performing, and she is also nominated in several categories, including album and record of the year. The K-pop boy band, meanwhile, had not yet been confirmed as performers when Ariana shared the photo, but shortly after, the Recording Academy announced BTS would be taking the stage during an "Old Town Road All-Stars" performance featuring Billy Ray Cyrus, Diplo, Mason Ramsey, and, of course, Lil Nas X.

Mariah Carey
Mariah Carey's Daughter Asked Her to Do the High Note Challenge, and This Mama Delivered
by Chanel Vargas 16 hours ago

Celebrity Instagrams
How Could Jodie Turner-Smith Not Tease Joshua Jackson Whenever the Dawson's Creek Song Plays?
by Kelsey Garcia 21 hours ago 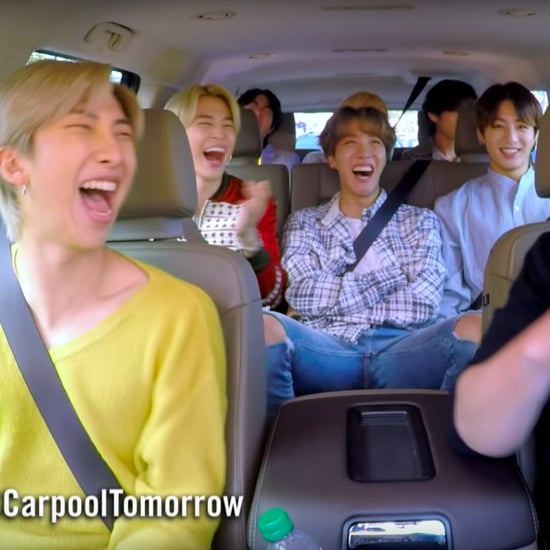