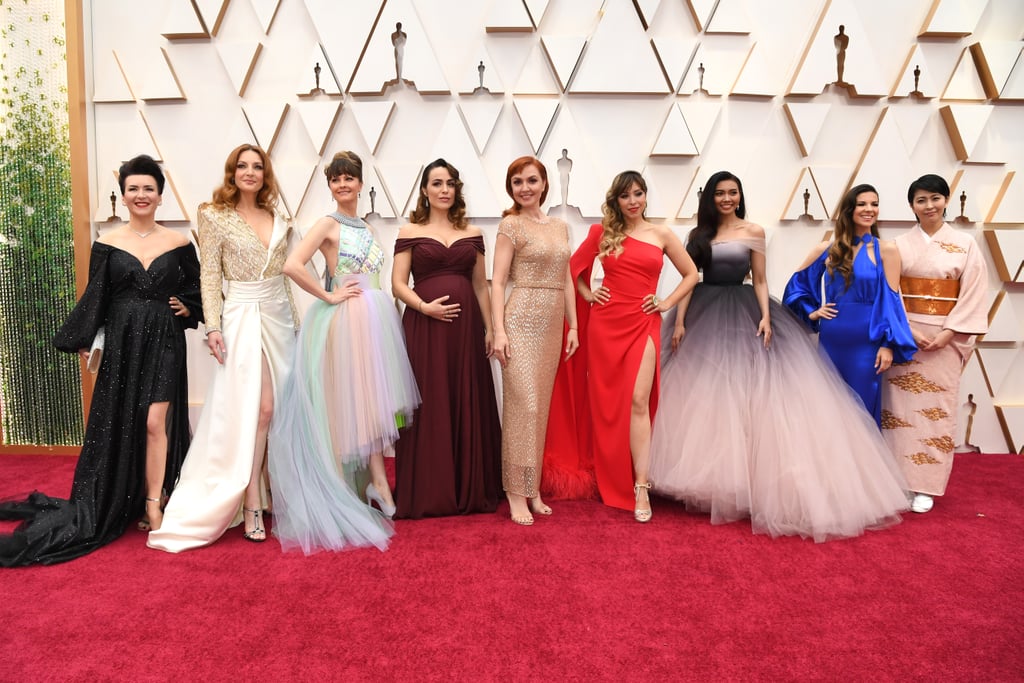 The Oscars red carpet was full of Arendelle royalty on Sunday night. In honor of Frozen 2's nomination for best original song, actresses who voiced Elsa around the world — Maria Lucia Heiberg Rosenberg in Denmark; Willemijn Verkaik in Germany; Takako Matsu in Japan; Carmen Garcia Saenz in Latin America; Lisa Stokke in Norway; Kasia Laska in Poland; Anna Buturlina in Russia; Gisela in Spain; and Gam Wichayanee in Thailand — united for the big show. The ladies looked like real-life Disney princesses as they posed for the cameras in gorgeous gowns. Meanwhile, the American voice of Elsa, Idina Menzel, arrived in a pink gown with husband Aaron Lohr. The group also joined Menzel as she sang the Oscar-nominated track "Into the Unknown" during the show. See more pictures of the Elsas ahead.

Previous Next Start Slideshow
Red CarpetAward SeasonOscarsFrozen 2
Around The Web

Teyana Taylor
The Grammys Snubbed Women For Best R&B Album, and It's Frankly Bullsh*t
by Mekishana Pierre 1 week ago

The Weeknd
The Weeknd Wasn't Nominated For a Single Grammy, and I Need Answers
by Monica Sisavat 1 week ago