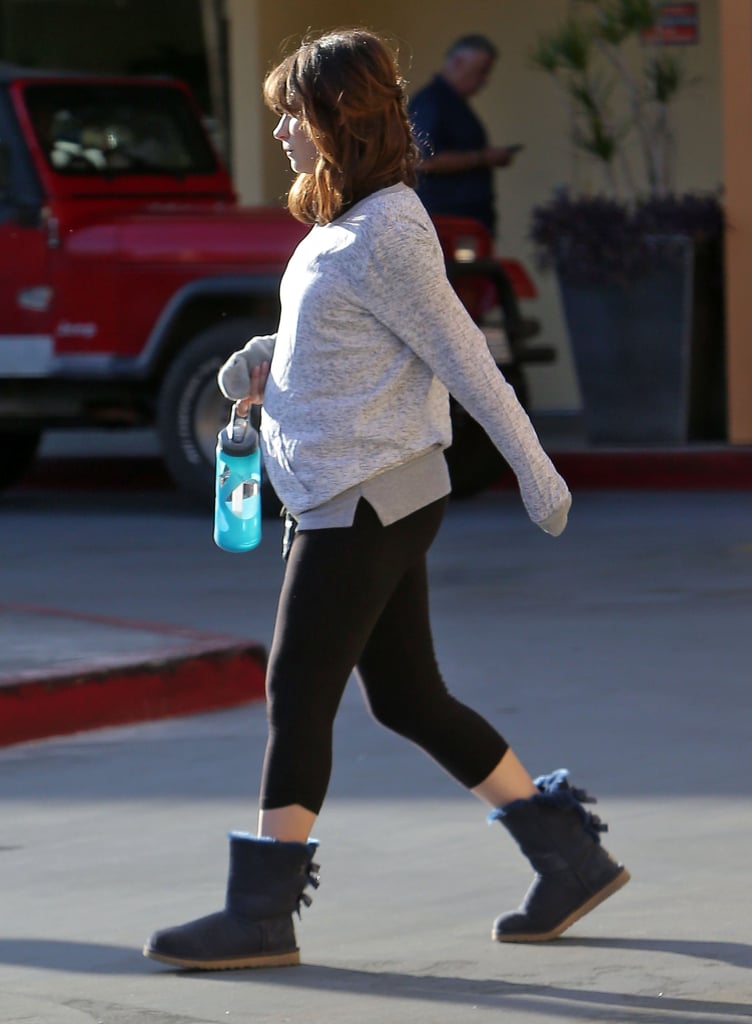 Zooey Deschanel shared her exciting pregnancy news back in January, and now she's showing off her baby bump! The New Girl star, who reportedly got engaged to boyfriend Jacob Pechenik this year, covered her growing belly in a sweatshirt after leaving a workout class in LA on Monday. Zooey is already proving to be a stylish pregnant woman, and there are even more reasons she'll be an adorkable mom. Zooey hasn't given any details about her due date, but it looks like she'll have a break to enjoy her pregnancy since New Girl has finished shooting its fourth season, with the finale airing on May 5.

Previous Next Start Slideshow
Zooey DeschanelCelebrity Pregnancies
Around The Web

Mandy Moore
Mandy Moore Is Expecting Her First Child, So We Can't Wait For 2021!
by Alessia Santoro 1 day ago