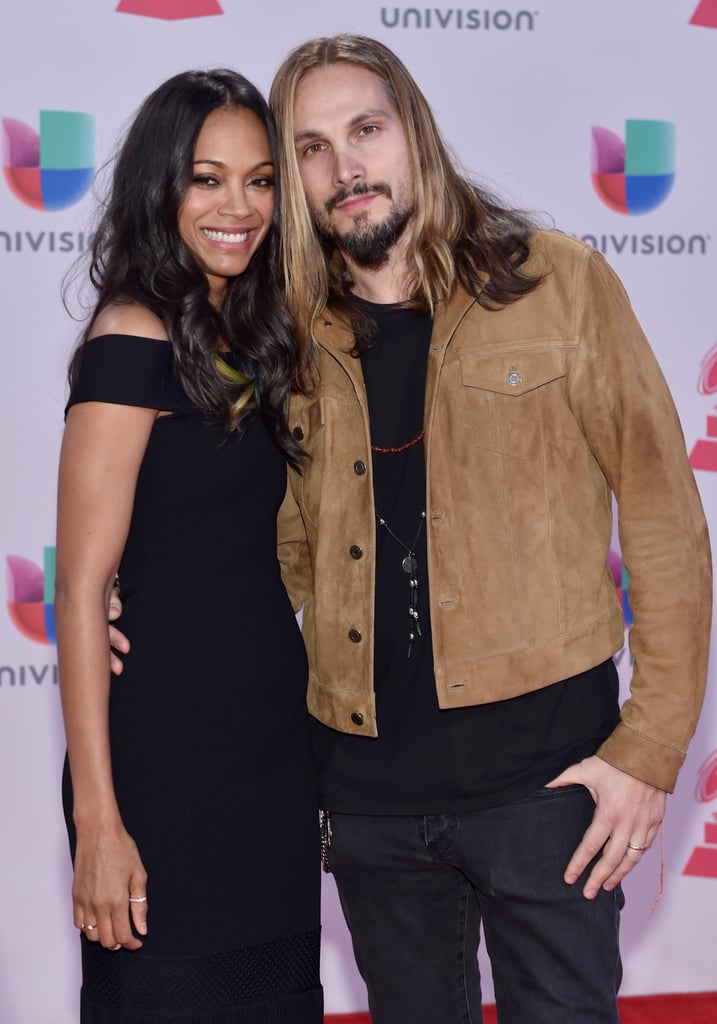 Zoe Saldana made headlines last year when she revealed that her husband, Italian artist Marco Perego, took her last name after they tied the knot in June 2013. "I tried to talk him out of it," she told InStyle. "I told him, 'If you use my name, you're going to be emasculated by your community of artists, by your Latin community of men, by the world.' But Marco looks up at me and says, 'Ah, Zoe, I don't give a sheet.'" During an interview on Jimmy Kimmel Live, Zoe explained that they both hyphenated their last names, and Marco put Zoe's first. It's just one of the reasons we love this couple so much; they show lots of sweet PDA on the red carpet and on the street, and they seem like the best parents to twin sons Cy and Bowie. We've rounded up the cutest photos of Zoe and Marco in the hopes that it'll inspire some major relationship goals. Keep reading to see them all now.