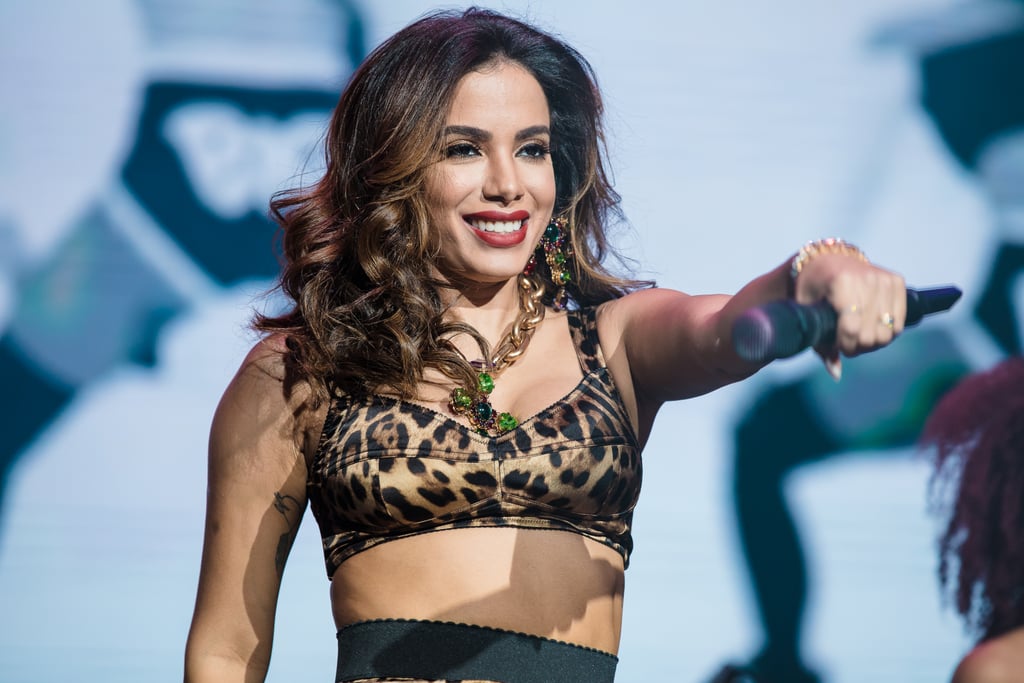 If you haven't heard of Larissa de Macedo Machado yet — or, as she is known professionally, Anitta — then it's only a matter of time before you do. Brazil's biggest pop star and social media personality has already been a star in Brazil for nearly a decade, but the 25-year-old is finally getting the international recognition she deserves, too. After collaborating with Iggy Azalea on her song, "Switch" in 2017, Anitta was soon sought after by artists like Maluma and J Balvin, and her career took off.

She even landed her own docuseries on Netflix, Vai Anitta, in November last year, where she gives fans an inside look into her career, her family, and her love life. Though she's currently single, here's everything we know about the three lucky men who have wooed the Brazilian hottie.

Ana de Armas
Bond Girl Ana de Armas's Love Life Is a Bit of a Mystery, but Here's What We Know
by Corinne Sullivan 1 day ago

Celebrity Facts
David Dobrik Is Currently Single, but Here's Everyone He Has Dated (For Your Records)
by Corinne Sullivan 1 day ago

Celebrity Facts
We Don't Know for Sure Who Emma Chamberlain Is Dating, but We Have a Hunch
by Corinne Sullivan 4 days ago

Naomi Campbell
It's Official: These Are the Most Terrifying Celebrity Wax Figures of All Time
by Corinne Sullivan 2 weeks ago