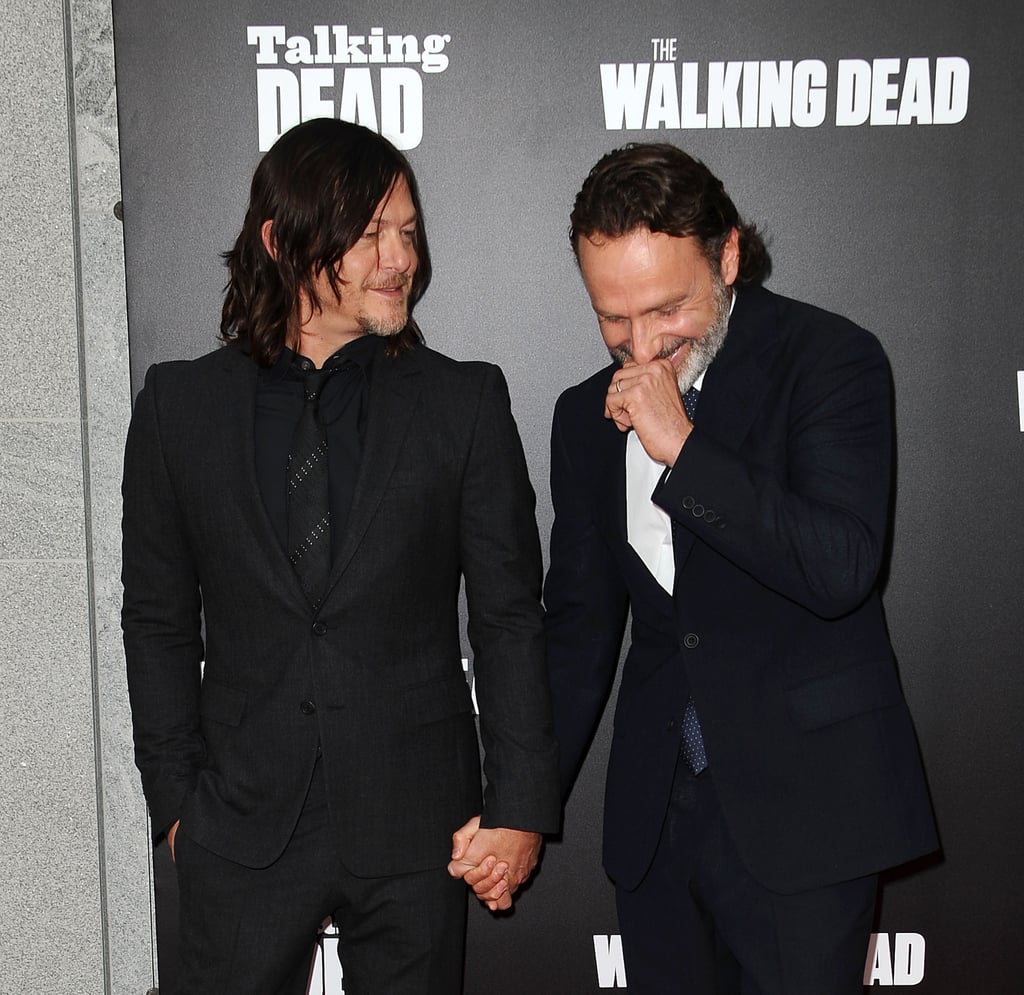 The season seven premiere of The Walking Dead was an emotional one, since fans finally discovered who Negan kills after months and months of waiting. Although the whole episode was pretty brutal, there was one silver lining: the cast couldn't get enough of each other at the red carpet premiere in Hollywood on Sunday. Before watching the new episode together, Norman Reedus and Andrew Lincoln — who play Daryl and Rick — continued their adorable bromance while holding hands and smiling for photographers. Jeffery Dean Morgan (aka new villain Negan) also got in on the love, wrapping costar Danai Gurira up in a big hug. As always, this is one cast that never fails to show how much they genuinely adore each other, bloody skull crushing or no bloody skull crushing.