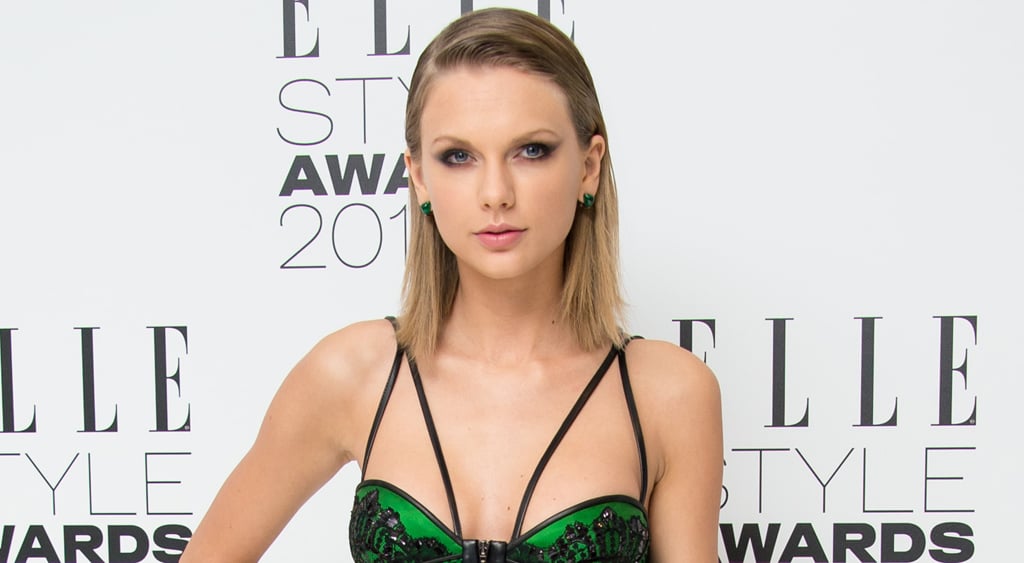 Taylor Swift might be on top of the world following the release of her album 1989, but the massive success doesn't always give her peace of mind. "I worry about everything all the time," she said in a wide-ranging interview with UK's The Telegraph. "We could do our entire interview me telling you how many things I've worried about since breakfast." One of those things is being photographed with guys. Reflecting on being seen with singer Hozier recently, Taylor said, "I just got so freaked out that people were going to say I was dating him."

While Taylor was candid about her fear of the rumor mill, there are certain topics she said she just won't discuss, including her rumored feud with Katy Perry, to whom she refers as "her" in one of the most interesting parts of the piece. "I'm not giving them anything to write about," she said while reportedly smiling. "I'm not walking up the street with boys. I'm not stumbling out of clubs drunk. But I'm never going to talk about her in my interview. It's not going to happen."

Although Taylor has remained mum about Katy following speculation that she suggested they were "straight-up enemies" in a telling Rolling Stone interview last year, Katy recently addressed the topic in a Billboard story leading up to her Super Bowl performance. "If somebody is trying to defame my character, you're going to hear about it," Katy said. Keep reading to find out what's been on Taylor's mind lately, and then get a refresher on her feuds, friendships, and flames.

Taylor Swift
Taylor Swift Did Her Own Hair and Makeup For the ACM Awards, and She's Basically a Pro
by Jessica Harrington 1 week ago

Taylor Swift
Taylor Swift Left Her Cardigan at Home For the ACM Awards, and Wore This Chic Outfit Instead
by Karenna Meredith 2 weeks ago

Taylor Swift
Anyone Else Getting Emotional About Taylor Swift's Return to the ACM Awards?
by Kelsie Gibson 1 week ago

by Corinne Sullivan 13 hours ago