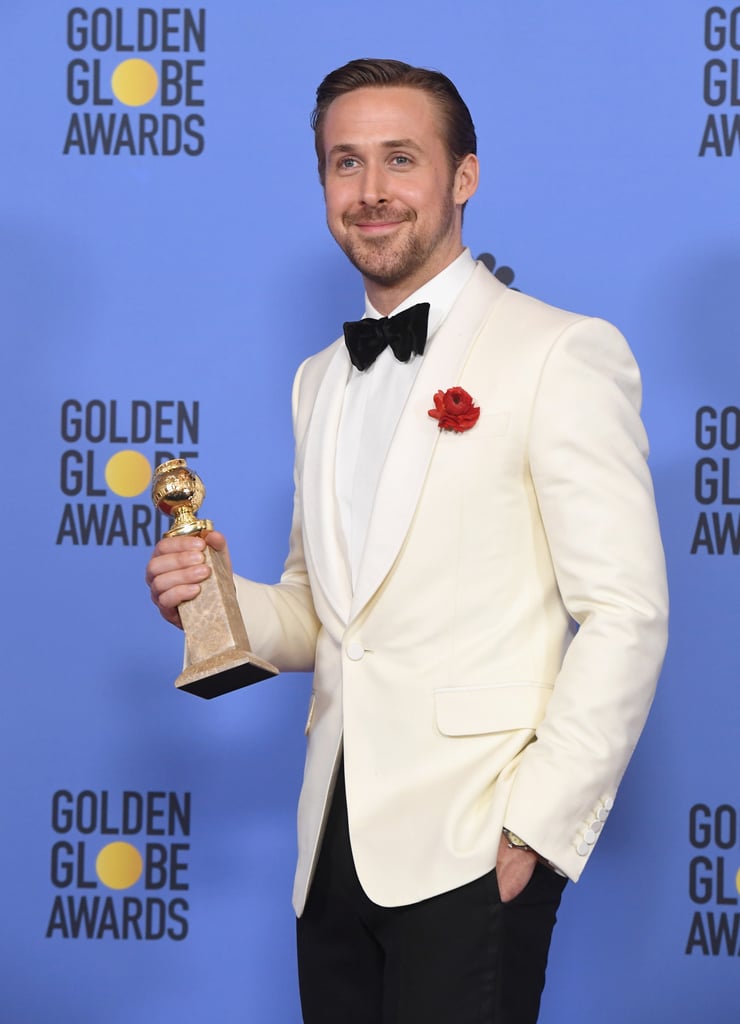 After hitting up the BAFTA Tea Party with Emma Stone on Saturday, Ryan Gosling dropped jaws when he arrived at the Golden Globes in LA on Sunday. Even though Ryan didn't bring his other half, Eva Mendes, he certainly made up for it with his swoon-worthy appearance. Ryan took home a trophy for best actor for his role in La La Land, and while accepting his award, he gave the most touching speech. Not only did he give Eva a sweet shout-out, but he also dedicated his win to Eva's late brother, Juan Carlo Mendez. So sweet!