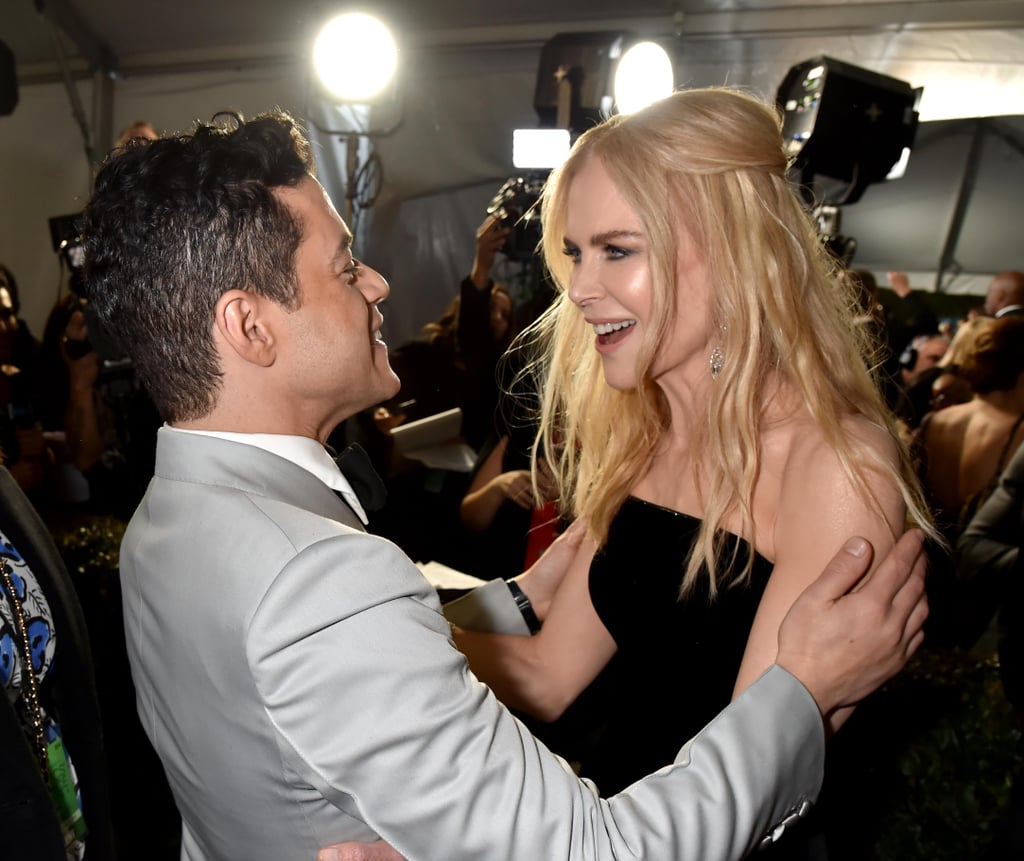 Rami Malek and Nicole Kidman found themselves the stars of a viral video following the Golden Globes on Jan. 7. As the cast and crew of Bohemian Rhapsody accepted the award for best drama motion picture, Rami was seen trying to get Nicole's attention. Unfortunately, she seemed not to notice him, and the awkward moment was labeled a "snub" by some people. Rami quickly cleared things up during an appearance on Jimmy Kimmel Live, explaining that he's actually known Nicole for years, but guessing quite rightly that the video was "haunting me on the internet."

Luckily, at Sunday night's Critics' Choice Awards, the pair had the perfect opportunity to prove there was nothing but love between them. Nicole was seen enthusiastically greeting Rami on the red carpet, before posing for a handful of photos with her pal. It's not the first time they've cuddled up on the Critics' Choice Awards red carpet, either: they were also photographed together at the 2016 ceremony, proving Rami wasn't exaggerating when he said he'd known Nicole for years. Keep reading to see both sweet moments ahead. Someone cast these two in a movie together immediately.

Jay Ellis
Jay Ellis and Nina Senicar Make Such a Stunning Couple, We Can't Look Away
by Monica Sisavat 6 days ago

by Mekishana Pierre 12 minutes ago