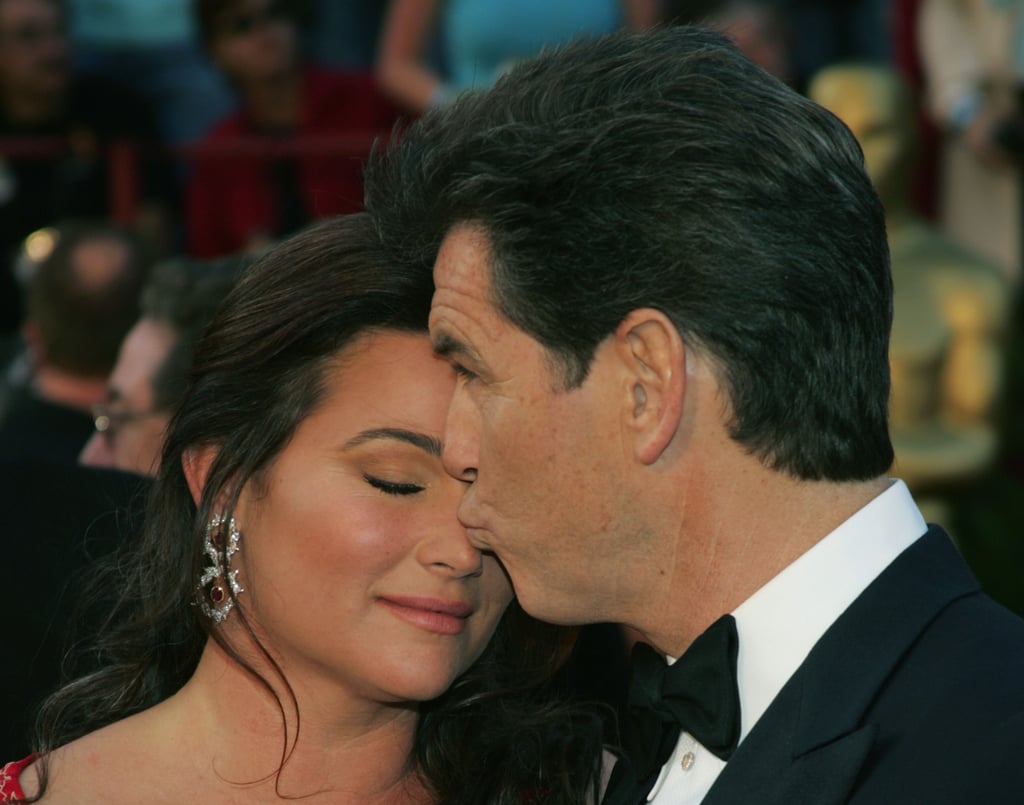 When it comes to long-term Hollywood couples, Goldie Hawn and Kurt Russell or Meryl Streep and Don Gummer might come to mind first, but Pierce Brosnan and Keely Shaye Smith have been showing everyone how it's done for 25 years now. Three years after Pierce lost his wife and the mother of his three kids, Cassandra Harris, in 1991, he met Keely while she was working as a TV correspondent at a party in Cabo San Lucas, Mexico. She helped him put his heart back together, and it looks like it's been a fairy tale for the two — who made things official when they tied the knot in 2001 — ever since.

Pete Davidson
What's It Like Dating Pete Davidson? Here's What His Exes Have Said
by Corinne Sullivan 4 days ago

Celebrity Couples
Which Celebrities Have Been Engaged the Most Times? Here Are the Top Contenders
by Corinne Sullivan 4 days ago