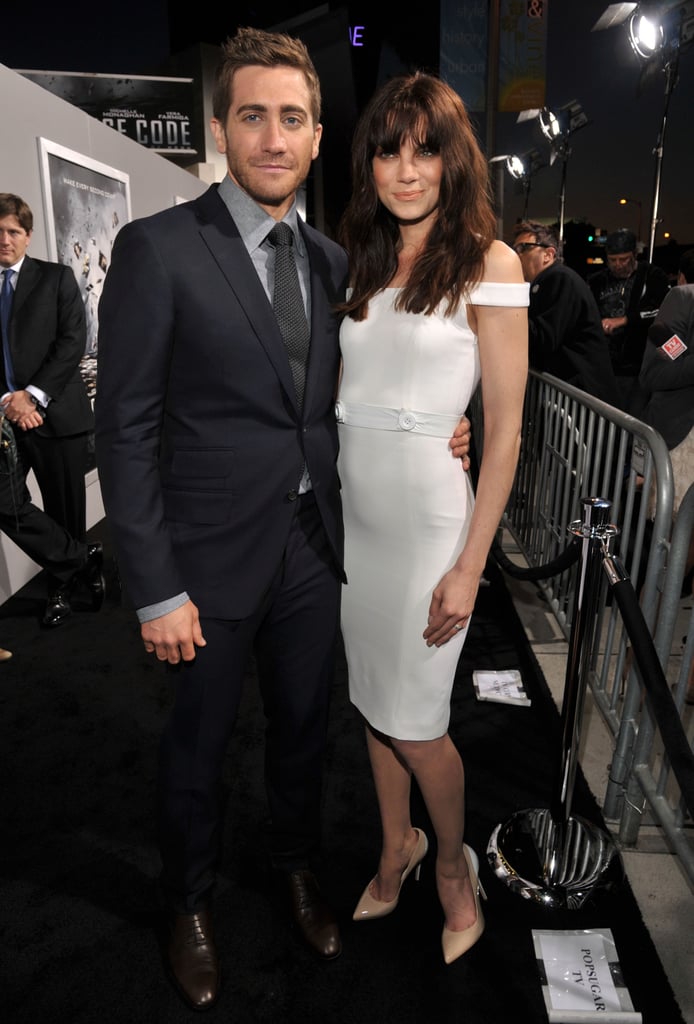 Jake Gyllenhaal cozied up to his Source Code costar Michelle Monaghan last night on the black carpet at their big LA premiere. The actors also had Vera Farmiga, along with her husband, Renn Hawkey, and Jeffrey Wright on hand for the debut of the thriller and love story mix, in which Jake's character relives an eight-minute period over and over. We snagged a minute with Jake on his way inside, and he divulged that, unlike his role, there isn't much in his life he'd choose to do again. He has a no-looking-back policy ever since his buddy Chris Cooper gave him a piece of advice, saying it's best to live without regrets. Jake also spoke about his work with Edible Schoolyards, revealing his favorite meals are local and unfussy — check out more from the screening on today's PopSugar Rush!

Gigi Hadid
Gigi Hadid's Met Gala Dress Was Supposed to Have a Denim Train — See the Original Sketch!
by Sarah Wasilak 2 weeks ago

Gwen Stefani
Gwen Stefani's Stylist Reveals the Secret Behind Her Iconic Looks: "Almost Everything Is Customized"
by Nikita Charuza 4 weeks ago