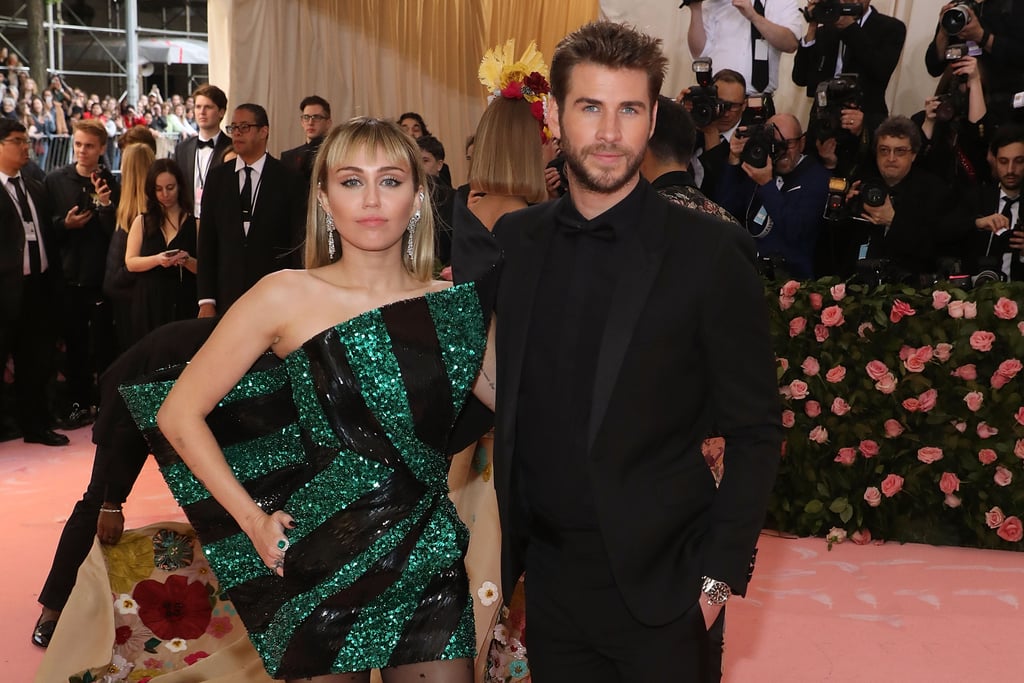 Miley Cyrus is finally speaking out about her recent split from husband Liam Hemsworth. In a series of tweets on Thursday afternoon, the singer addressed rumors that she cheated on Liam with Kaitlynn Carter. "I can accept that the life I've chosen means I must live completely open and transparent with my fans who I love, and the public, 100% of the time," she began. "What I cannot accept is being told I'm lying to cover up a crime I haven't committed. I have nothing to hide."

She then went on to address several scandalous moments in her career, including partying in her teens, experimenting with drugs, swinging on a wrecking ball naked, and even cheating in relationships when she was younger.

"The truth is, once Liam & I reconciled, I meant it, & I was committed," she added. "There are NO secrets to uncover here. I've learned from every experience in my life. I'm not perfect, I don't want to be, it's boring. I've grown up in front of you, but the bottom line is, I HAVE GROWN UP. I can admit to a lot of things but I refuse to admit that my marriage ended because of cheating. Liam and I have been together for a decade. I've said it before & it remains true, I love Liam and always will."

The singer wrapped up her tweets by explaining that she decided to "make a healthy decision" for herself to "leave a previous life behind." "I am the healthiest and happiest I have been in a long time. You can say I am a twerking, pot smoking, foul mouthed hillbilly but I am not a liar. I am proud to say, I am simply in a different place from where i was when I was a younger."

Miley and Liam first met on the set of The Last Song in 2009 and dated on and off for about 10 years before tying the knot in December 2018. After seven months of marriage, the two announced their split this month. Split rumors began swirling in early August after fans noticed Miley wasn't wearing her wedding ring in an Instagram photo. She was also spotted kissing The Hills star Kaitlynn while vacationing in Italy; Kaitlynn had also just called it quits with husband Brody Jenner.

While Liam has stayed relatively quiet about their split, Miley let out her feelings with her new song "Slide Away" about moving on from a long-term relationship. See all of her tweets ahead.

Nostalgia
Miley Cyrus and Dua Lipa Bring Us '80s Edge in Prisoner, With Some Designer Looks in the Mix
by Sarah Wasilak 5 days ago

lululemon
If Barack Obama Hasn't Made You Smile Yet Today, the Story of His Jacket Is About To
by Sarah Wasilak 6 days ago

Wedding
Missy Elliott Surprised a Woman by Buying Her Dream Wedding Dress: "Figured I Would Help"
by Karenna Meredith 1 week ago

Harry Styles
Harry Styles's Vogue Cover Should Be Critiqued, but Not For the Reason the Far-Right Thinks
by Grayson Gilcrease 1 week ago