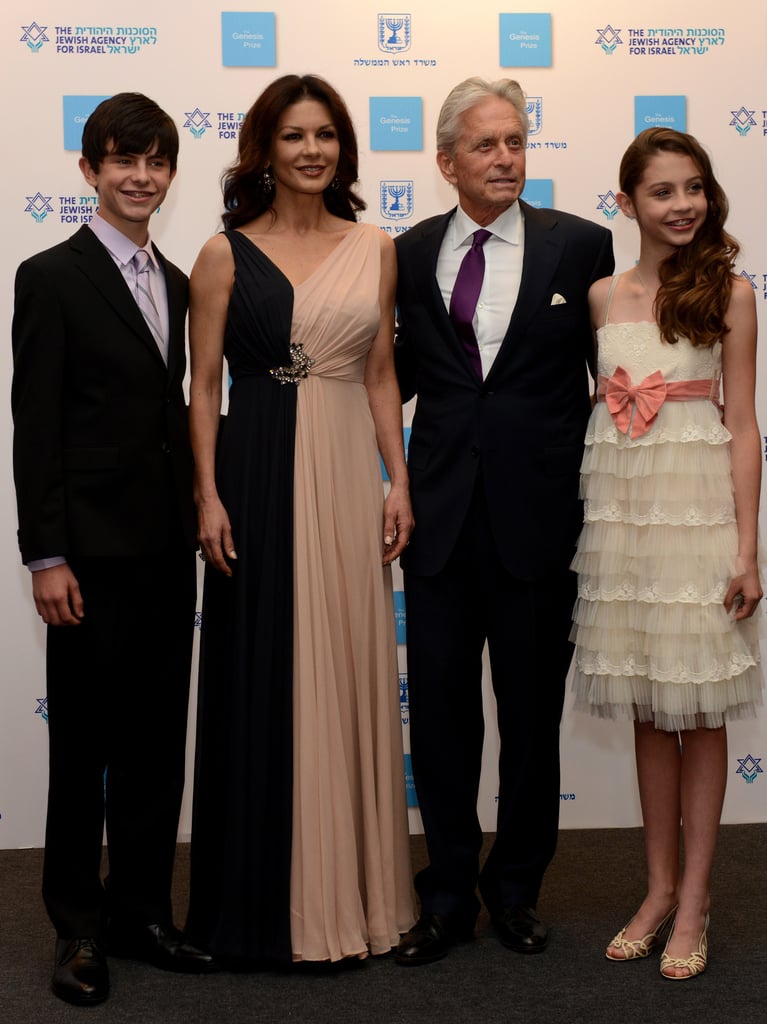 Michael Douglas was honored with the Genesis Prize from Israeli Prime Minister Benjamin Netanyahu during a special ceremony in Jerusalem on Thursday. According to the Genesis Prize Foundation, the annual $1 million award is given to "individuals who have attained excellence and international renown in their chosen professional fields, and who inspire others through their engagement and dedication to the Jewish community and/or the State of Israel." Michael chose to donate his prize, which ended up being $2 million after an anonymous donor gifted an additional $1 million, to organizations that foster Jewish inclusion.

Michael had plenty of support during his big night, having walked the red carpet with his wife, Catherine Zeta-Jones, and their children, 12-year-old Carys and 14-year-old Dylan. Jay Leno and Bar Refaeli were also there to celebrate Michael, who said that he "strongly believe[s] that Judaism should reflect the spirit of welcome and tradition that existed in Abraham's tent" when accepting the honor.

So proud of Michael for being honored with @thegenesisprize. We're having an amazing family vacation! Happy Summer Everyone!