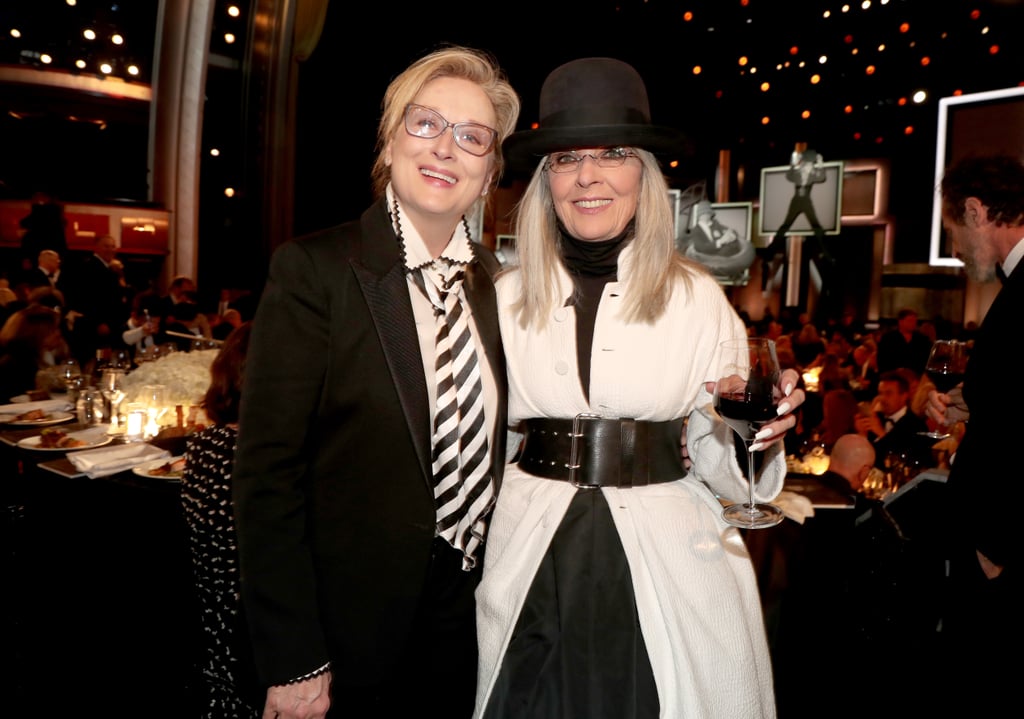 Diane Keaton was (finally) honored with a Life Achievement Award by the American Film Institute in LA on Thursday night. The big event brought out lots of her famous friends and costars, including Father of the Bride's Steve Martin and Martin Short, Emma Stone, Reese Witherspoon, and Meryl Streep, who took the stage to give a toast to her fellow legend. Meryl went the extra mile to celebrate her longtime friend by wearing a look inspired by one of Diane's most iconic characters, Annie Hall; from the blazer and tie to the oversize hat, Meryl really nailed her homage to the 1977 film, as well as Diane's own unique personal style. The 71-year-old star looked overjoyed to see Meryl's ensemble, and the two stuck together throughout the gala. Keep reading to see Meryl's tribute to Diane Keaton, then look back on the speech Diane made at Meryl's AFI ceremony in 2009. 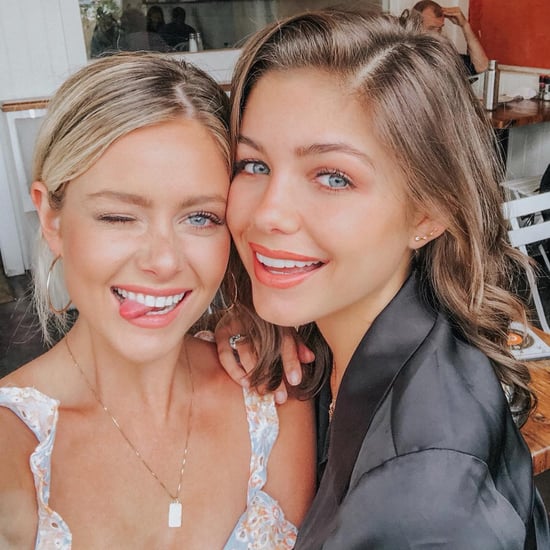 Oscars
Eminem Reunited With Elton John at the Oscars, and Their Friendship Goes Back 19 Years
by Karenna Meredith 2 weeks ago