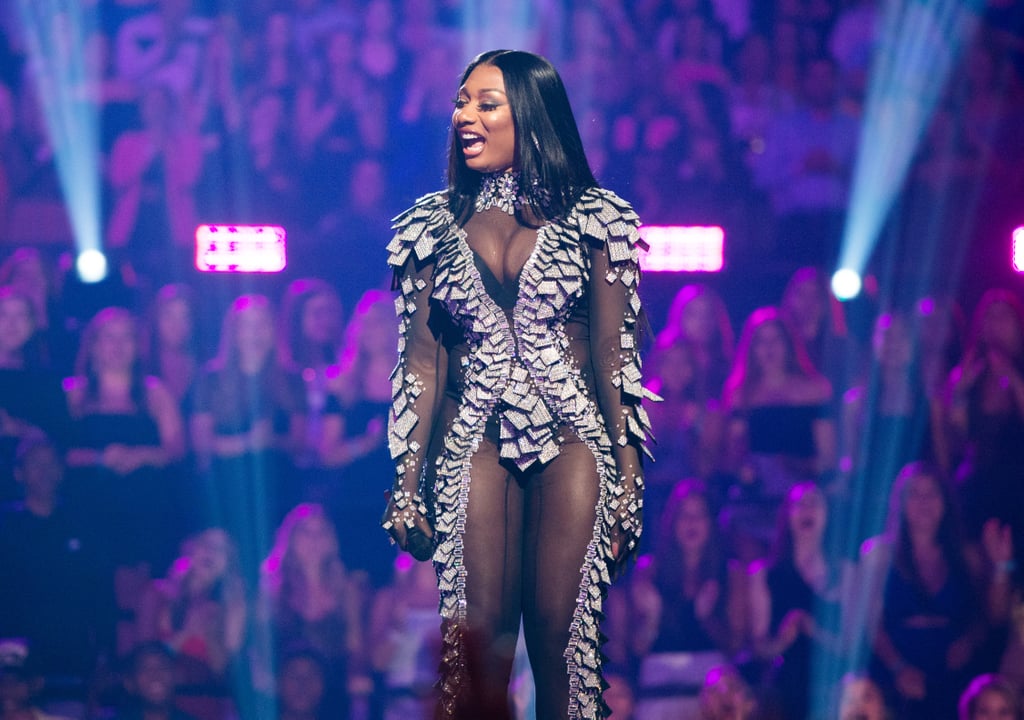 Megan Thee Stallion capped off her legendary hot girl Summer by making her debut appearance at the 2019 MTV VMAs on Monday. The Houston rapper, who recently released the long-anticipated single "Hot Girl Summer," titled after her popular phrase, graced the award show red carpet for the first time ever — and she did it oozing sex appeal, as usual.

The 24-year-old has been having a whirlwind Summer, linking up with all sorts of famous peers like her twerk session with the flute-playing Lizzo. Not only did Megan perform for the preshow, but she also won her very first VMA, with "Hot Girl Summer" nabbing the trophy for best power anthem. Keep scrolling for more photos of Megan's sultry studded look, as well as other pictures from her big night!

Related:
Not to Be Dramatic or Anything, but These VMAs Outfits Are the Definition of Fierce Fashion
0
previous images
56
more images
Previous Next Start Slideshow
MTV VMAsSummerWomen Of ColorBlack WomenAward SeasonRed CarpetMegan Thee Stallion
Around The Web

Beauty News
Here Comes the '90s Nostalgia, Thanks to “Piecey” Hair at the SAG Awards
by Tori Crowther 2 days ago