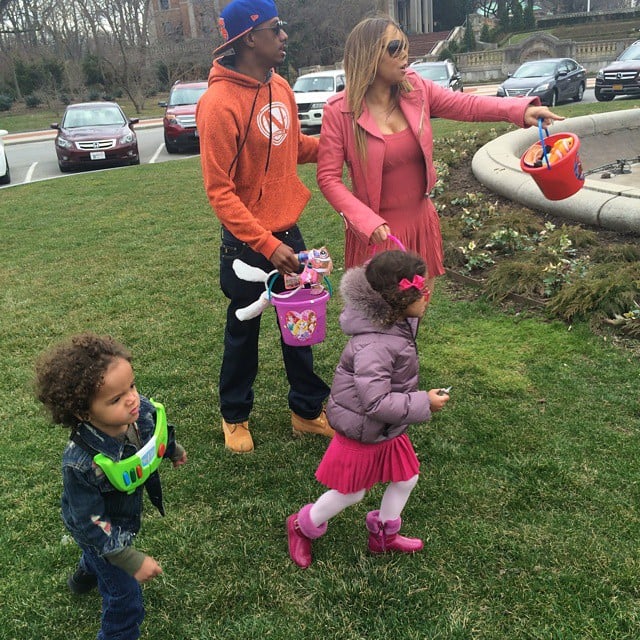 Plenty of stars are sharing festive snaps this Easter, but Mariah Carey's new photo just might be the sweetest of the bunch. On Sunday, Mariah posted a new Instagram capturing her celebration with Nick Cannon and their twins, Moroccan and Monroe. The family of four is seen partaking in an Easter egg hunt together. As Mariah and Nick hold themed buckets, Moroccan and Monroe have their eyes on the hunt ahead.

Their cute family moment comes just a few months since Nick filed for divorce from Mariah. In March, reports claimed that Mariah sold their Bel Air mansion in LA without Nick's permission, leading him to file a lawsuit. Rumors about their breakup first gained steam in August, when Nick said there was "trouble in paradise."

Mariah has managed to make big career moves in the midst of their divorce, signing a new deal with Epic Records. Earlier this year, the singer announced a Las Vegas concert residency during an exciting appearance on The Ellen DeGeneres Show, and just last month, she had an epic karaoke session with James Corden on The Late Late Show. Read on to see Mariah and Nick put the drama behind them, and then check out more amicable Hollywood exes.