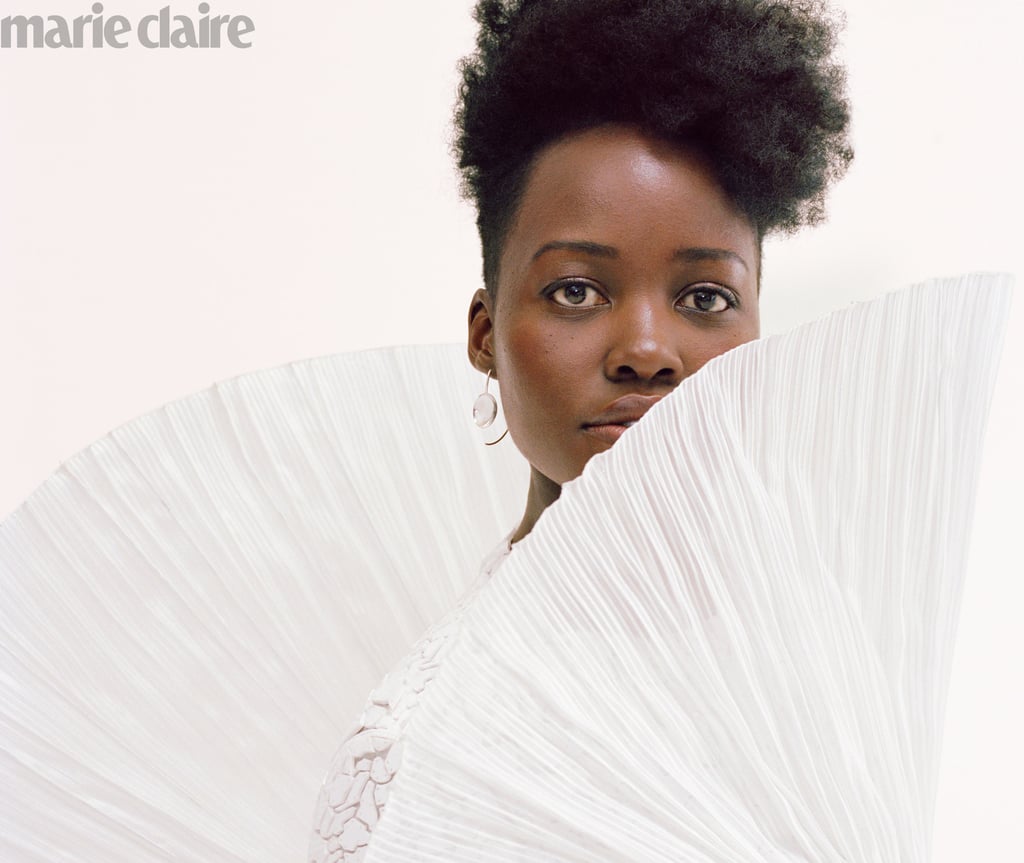 Lupita Nyong'o covers the March issue of Marie Claire and looks downright jaw-dropping in the accompanying editorial. Clad in floaty looks from Balmain, Givenchy, Gucci, and more, the 35-year-old Oscar winner is the definition of "wearing the clothes, and not letting the clothes wear you."

After celebrating the massive success of Black Panther — which brought in over $1 billion and is the first superhero movie to be nominated for an Academy Award — Lupita is gearing up to terrify us in the upcoming Jordan Peele thriller Us, which hits theaters on March 15. Of working with the Get Out director, Lupita said, "He asked me, 'What is your process as an actor? What do you need from a director?' And I just started to cry. I was like, 'I've never been asked that before.' I could just tell in that question was a man who understood what it meant to be an actor." Read more from Lupita, who also opened up about self-care, her father, and the current political climate, then check out her stunning photo shoot ahead.

Related:
60 Times Lupita Nyong'o Was Just Everything You've Ever Wanted to Be in Life
Previous Next Start Slideshow
Lupita Nyong'oCelebrity QuotesMarie Claire

Joe Jonas
A Year Into Fatherhood, Joe Jonas Has Uncovered the Most Important Secret: "Naps Are Nice"
by Kelsey Garcia 3 days ago

Prince Harry
Prince Harry Calls For Unity Amid COVID-19: "When Any Suffer, We All Suffer"
by Kelsie Gibson 5 days ago