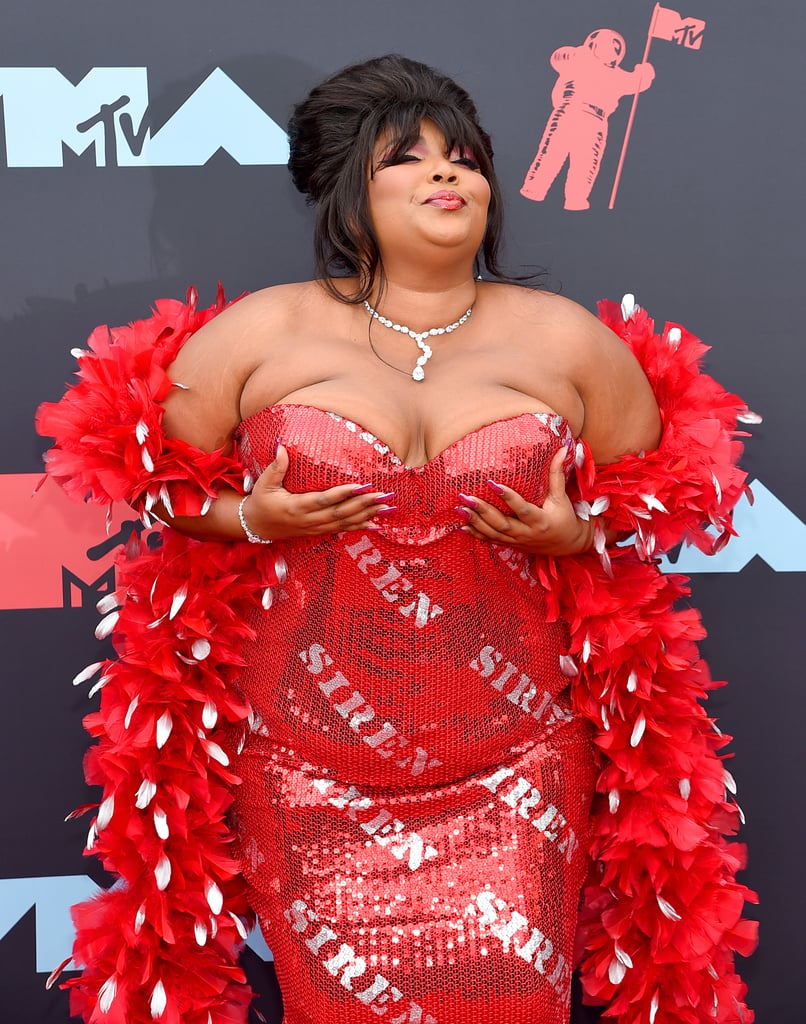 Lizzo Was Feeling Herself at the MTV VMAs, and We Wouldn't Want It Any Other Way

Let's hear it for Lizzo! The 31-year-old singer stood out walking the MTV VMAs red carpet on Aug. 26, in part because of her custom sequined dress, red feather boa, and bedazzled bottle of tequila, but mostly because of her badass attitude. She needs to write a book about hitting. every. angle.

It was a big night for Lizzo, as she made her VMAs debut. She was nominated for best new artist, and although she lost out to Billie Eilish, she did deliver a "booty-full" performance during the show. No, she didn't break out her flute this time, but her mashup will still go down as one of her most-loved performances.

In addition to hitting up a VMAs afterparty and linking up with Missy Elliott, Lizzo later reflected on her night on Instagram and discussed "imposter syndrome." "Every woman on that stage had a story of either why they shouldn't have been on that stage or why they didn't believe they deserved to be on that stage, including myself," she wrote. "'Imposter syndrome' is a privilege to the most marginalized group in America. Not only were we taught to believe we didn't belong in the spotlight, but when we finally get to a place to self-worth the world tries to knock us down. Not this time. The world smiled with us. The world sang us. The world saw our beauty last night. The world saw black women feeling Good As Hell and cheered us on."

Celebrity Homes
Come On In! These Are the Best Celebrity Home Backgrounds From the Golden Globes
by Lauren Harano 2 days ago

Celebrity Couples
No, Jodie Foster Did Not Set Up Shailene Woodley and Aaron Rodgers
by Grayson Gilcrease 3 days ago

Viola Davis
Viola Davis Came For the Best-Dressed Award in Her Golden Globes Gown, and She Can Have It
by Chanel Vargas 3 days ago