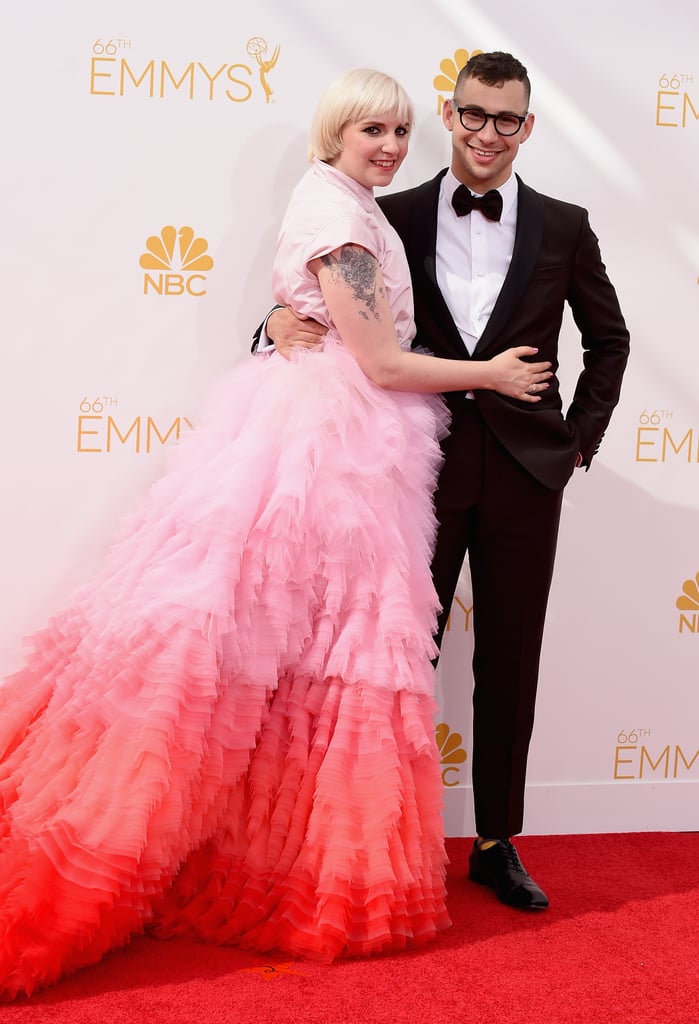 Lena Dunham made quite the entrance at the 2014 Emmy Awards when she arrived on the red carpet wearing a fluffy pink ensemble. The Girls creator and star was joined by her boyfriend, Jack Antonoff, at the event, where she got a chance to show off her newly bleached 'do. Lena is up for outstanding lead actress in a comedy series, which she lost last year to Veep's Julia Louis-Dreyfus. Despite not having a single Emmy win to her name, she has earned a staggering eight nominations in the two years that her show has been on the air. She joked about her pre-Emmys beauty routine on Twitter prior to the event, saying, "Expert beauty tip: prepare for the Emmys by enjoying some huevos rancheros and allowing your hair to marinate in its own natural oils."

Anya Taylor-Joy
Anya Taylor-Joy Is a Goddess Among Mortals In This Shimmering, Sheer Dior Gown
by Hannah Weil McKinley 1 week ago