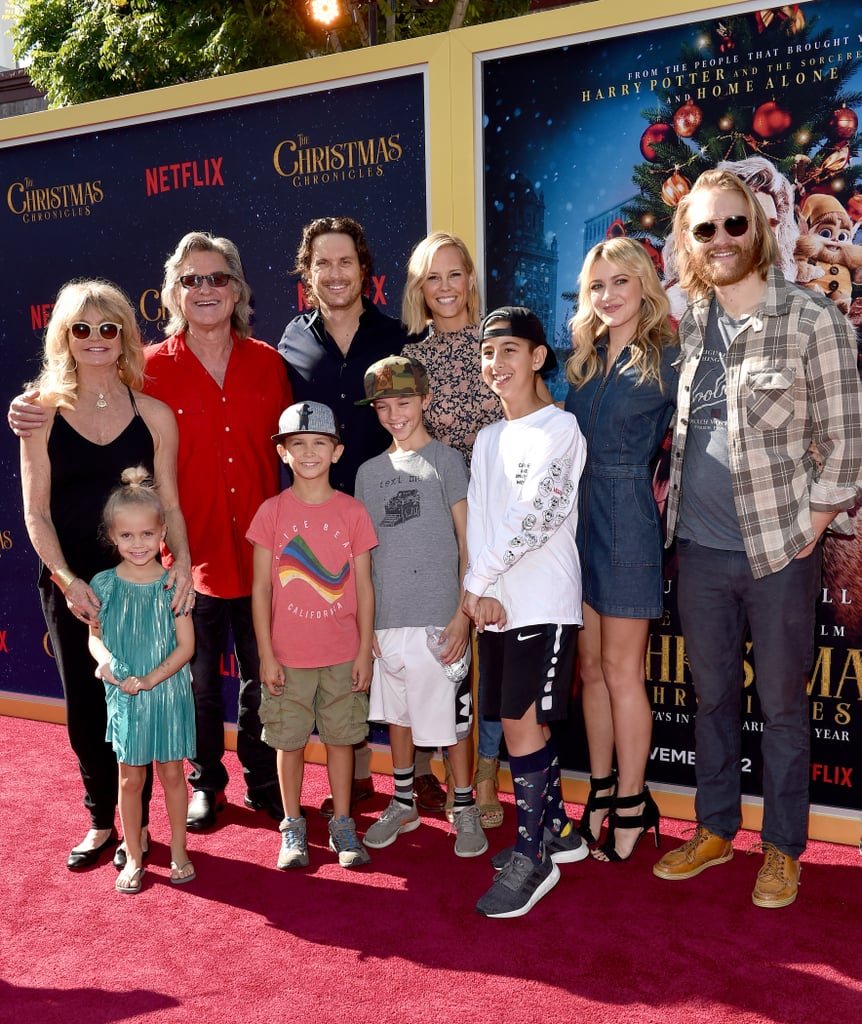 Kurt Russell had the support of his loved ones as he attended the LA premiere of his new movie The Christmas Chronicles on Sunday. The actor, who is playing Santa Claus in the Netflix original, was surrounded by his big, happy family as he walked the red carpet. In addition to cuddling up to his longtime love, Goldie Hawn, the couple also posed for a handful of photos with their kids and grandkids, including Wyatt Russell and his girlfriend Meredith Hagner, as well as Oliver Hudson and his wife Erinn Bartlett with their kids, Wilder, Bodhi, and Rio. Kurt even shared a precious moment with his mother, Louise Julia Russell, as he gave her a kiss on the cheek.

Noticeably absent from the group was Kate Hudson, who recently gave birth to her third child. While the actress wasn't able to attend Kurt's premiere, she did share a cute moment with her "Pa" during a special dinner in LA earlier this month. Keep scrolling for even more sweet family moments ahead.

Celebrity Couples
If This Is Gwen Stefani's Wedding Band, It's Certainly For the Coolest of Brides
by Sarah Wasilak 14 hours ago

Kendall Jenner
Kendall Jenner and Devin Booker Have Kept Their Dating Style Casual and Cute For a Full Year
by Sarah Wasilak 21 hours ago
Celebrity Couples
Um, Excuse Me, Did Gwen Stefani and Blake Shelton Already Get Married?
by Monica Sisavat 1 day ago

Bindi Irwin
Bindi Irwin Shares Photos of 2-Month-Old Grace and Herself as a Baby: "Like Mama Like Daughter"
by Karenna Meredith 1 day ago

Kamala Harris
Kamala Harris Attends a Pride Parade With Doug Emhoff, and Makes History in the Process
by Monica Sisavat 1 day ago