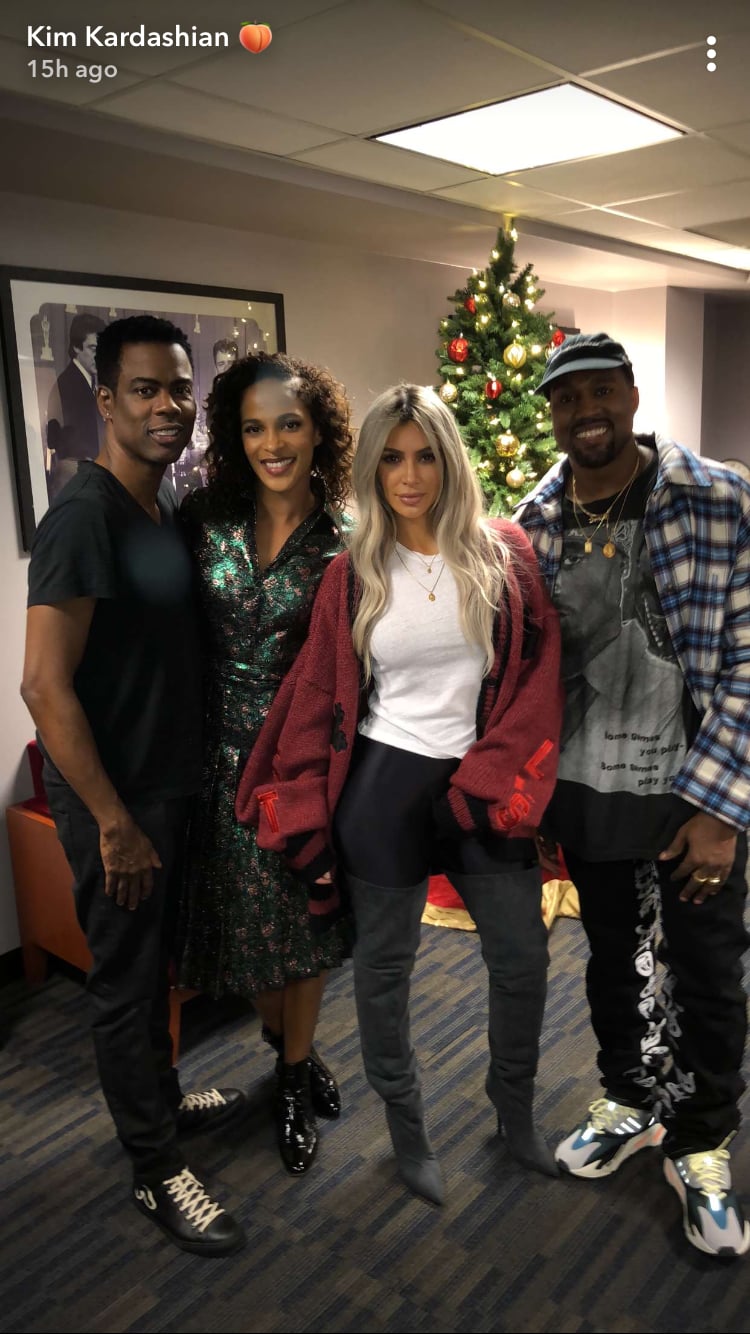 Kanye West has a reputation for his "b*tchy resting face," but on very rare occasions, The Life of Pablo rapper does flash his megawatt smile. On Friday, Kim Kardashian snapped a few photos of her husband cracking a big grin backstage at Chris Rock's comedy show at the Dolby Theatre in Hollywood. The couple, who will welcome their third child via surrogate this month, posed for photos with the comedian and his girlfriend, actress Megalyn Echikunwoke. The reality star also uploaded a photo of Kanye posing (and smiling!) with Chris and former stand-up comedian Eddie Murphy on her Snapchat. Read on to see the other photo from Kim and Kanye's fun night out ahead.

Related:
Kim Kardashian and Kanye West Sure Have a Lot of Sweet Moments Together — See Them All! 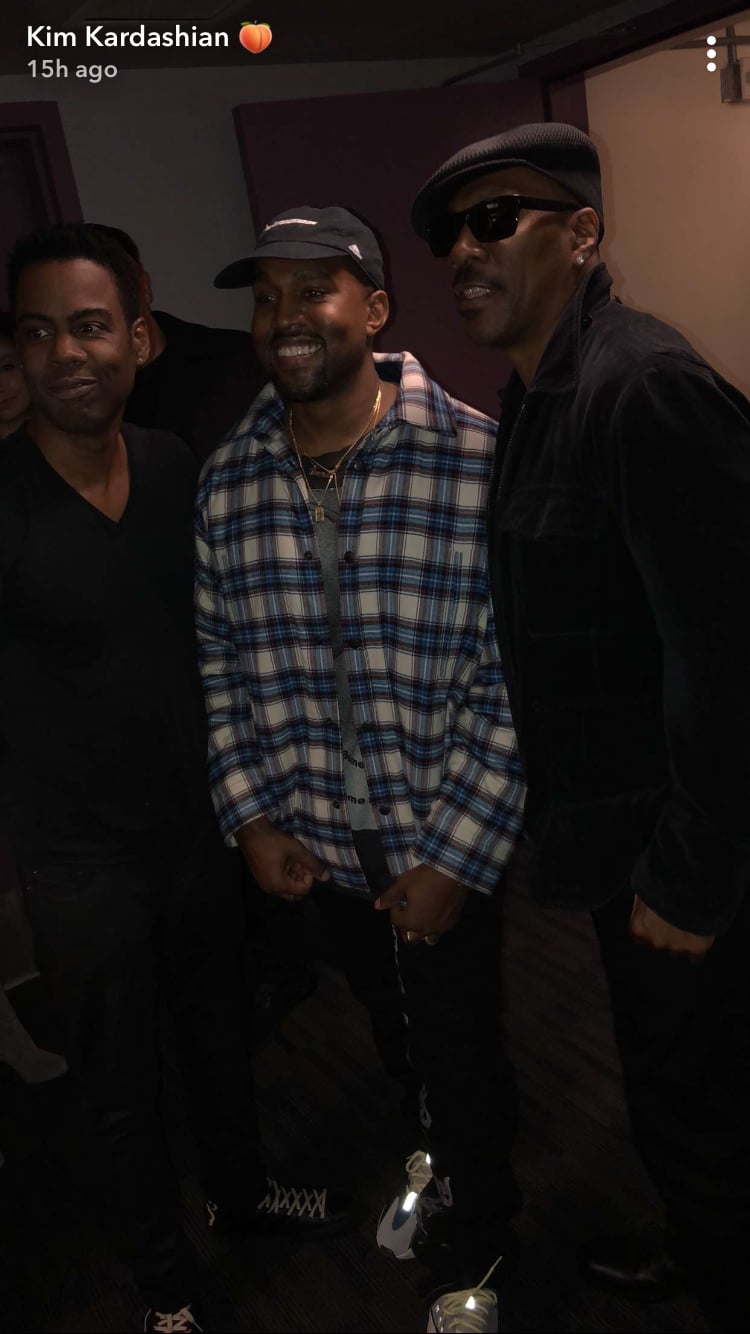