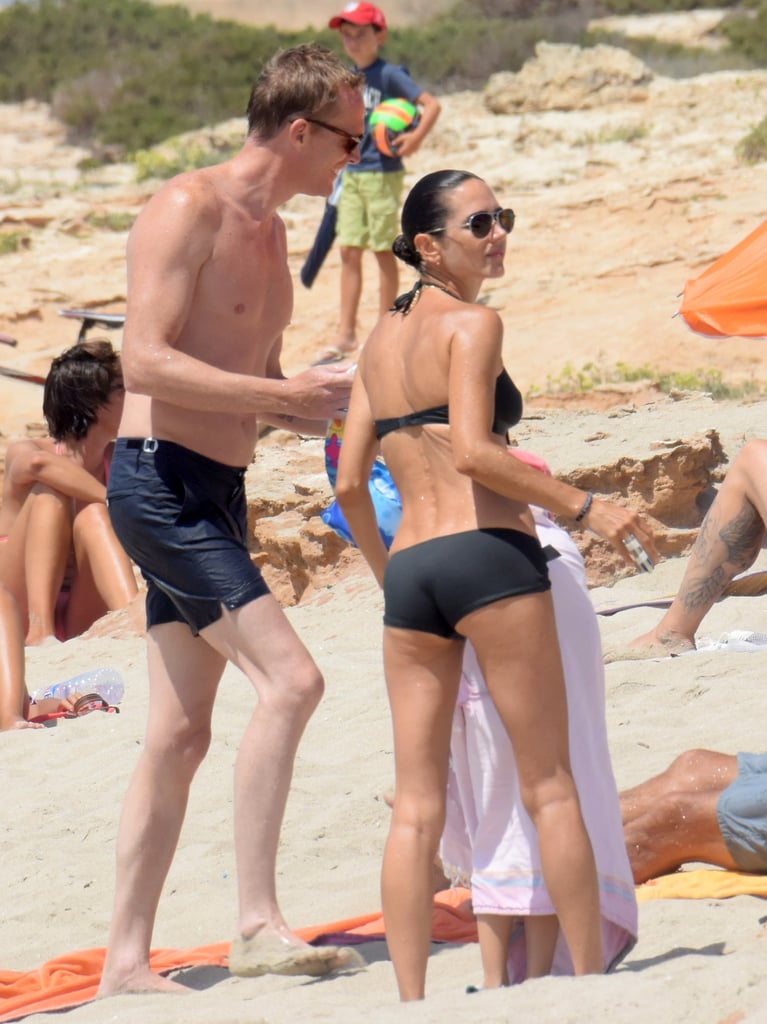 Jennifer Connelly and Paul Bettany enjoyed a fun-filled day on the beach in Formentera, Spain, with their 5-year-old daughter, Agnes, on Thursday. The couple seemed happy and relaxed as they spent time in the sand, and even though Jennifer looked to be nursing a finger injury (she was spotted with a splint on her right hand), it didn't deter her from hitting the ocean for a quick dip. The actress, who has been filming Granite Mountain with Miles Teller and Jeff Bridges, showed off her fit figure in a black Eres bikini, while Paul — who recently starred as Vision in Captain America: Civil War, went shirtless in a pair of swimming trunks. Jennifer and Paul met in 2001 while starring together in A Beautiful Mind and tied the knot two years later; we last saw them on the red carpet for a screening of Civil War with Paul's costar Robert Downey Jr. in May. See more Hollywood couples whose love has stood the test of time and the best bikini moments of the year so far.

Celebrity Couples
No, Jodie Foster Did Not Set Up Shailene Woodley and Aaron Rodgers
by Grayson Gilcrease 1 day ago
Emma Stone
Emma Stone and Dave McCary Were Spotted in LA as They Gear Up For Parenthood
by Karenna Meredith 3 days ago

Keke Palmer
So, Does This Mean Keke Palmer and Styn Are Official Official Now?
by Monica Sisavat 6 days ago