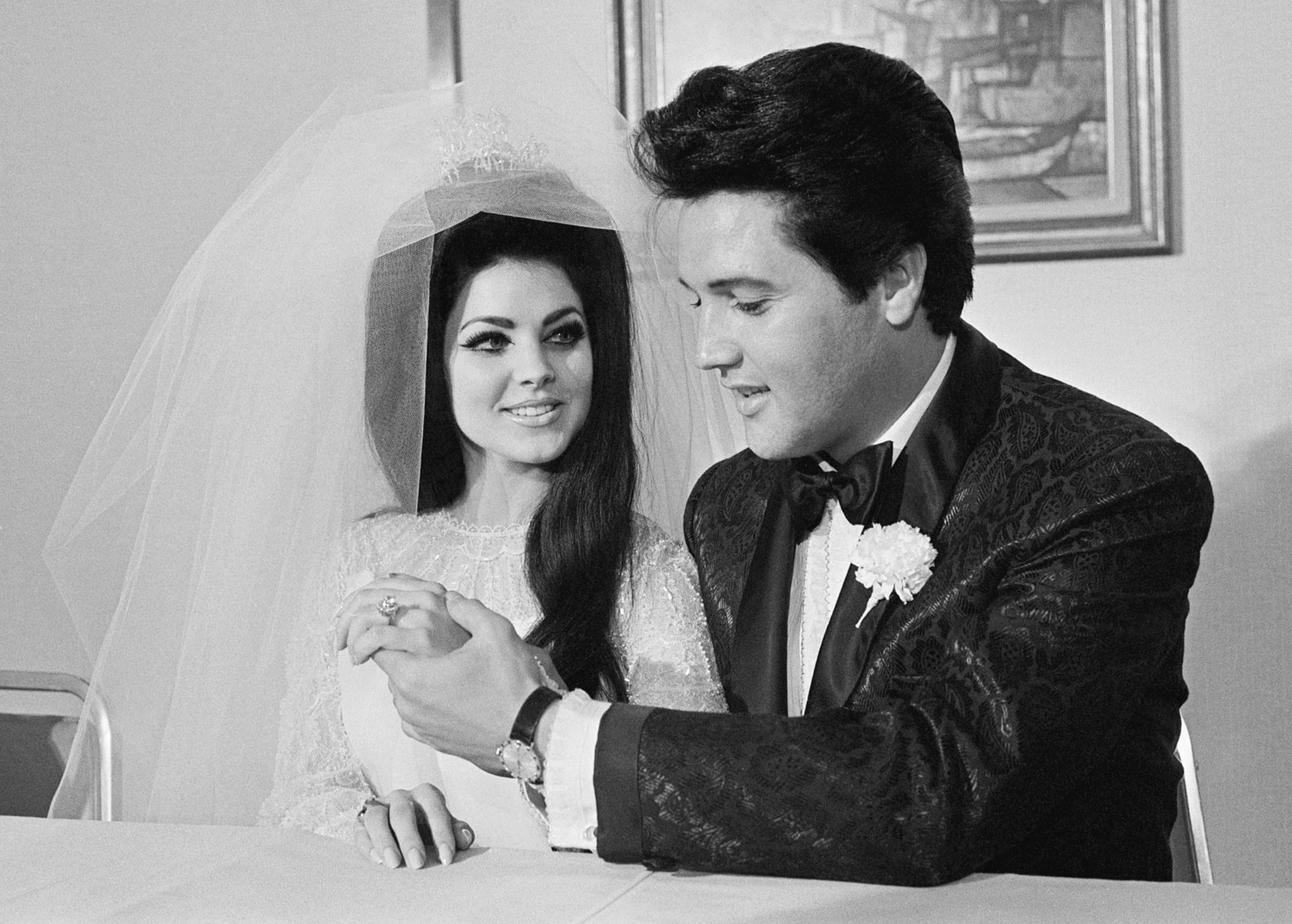 It's easy to think of Elvis and Priscilla Presley as one of the biggest love stories in music history, but the truth is a lot more complicated that that — especially when it comes to how they met. According to most biographies of Elvis's life, the pair first met at a party during Elvis's time in the army, when he was 24. That wouldn't be scandalous at all, if it weren't for the fact that Priscilla was only 14 at the time.

Priscilla's stepfather, Paul Beaulieu, was an Air Force officer, and they were stationed in Germany in the late 1950s. It was because of Beaulieu's military job that their family interacted frequently with the soldiers on the base, and that's how Elvis and Priscilla initially met in September 1959. It was instant attraction for Elvis, despite the 10-year age gap and the fact that Priscilla was barely high school aged.

Initially, Priscilla's parents forbade her from seeing Elvis again, upset that she had come home late the night of the party. He soon convinced them to allow him to "court" her, and they spent a lot of time together over the next several months until he left Germany in March 1960. They stayed in touch long distance over the next two years, and in 1962, the Beaulieus agreed to let Priscilla visit Elvis in Los Angeles for a week, under the condition that she have a chaperone at all times and write to them daily. Elvis evaded these conditions once Priscilla was in town, taking her to Las Vegas instead, where he introduced her to drugs so she could "keep up" with him and his odd-hours schedule.

In 1963, the Beaulieus allowed Priscilla to move to Memphis to be with Elvis full time. Again, they put conditions on the move: she had to live with Elvis's parents in a separate house, attend the nearby Catholic girls' high school, and that he would eventually marry her. And once again, they either had no way to enforce those conditions or turned a blind eye as their teenage daughter essentially moved in with a rock star 10 years her senior. When she did officially move in, her parents again gave their permission, as long as Elvis intended to marry her. In Priscilla's own autobiography, Elvis and Me, she claimed that their relationship was not sexual until after they were married, but those claims have been disputed by other biographers as part of a PR spin to legitimize their relationship to the public.

While Elvis headed to Hollywood for more movies, he had Priscilla stay in Memphis. Meanwhile, he had affairs with his female costars, which he shrugged off as just gossip to Priscilla, even when she was "allowed" to visit him in California. Eventually, in 1966, Elvis proposed to Priscilla; some accounts suggest that he did so after she threatened to talk to the press and her stepfather threatened to have Elvis charged with sexual crimes against a minor. They married in May 1967, and their daughter, Lisa Marie Presley, was born nine months to the day after their wedding.

Elvis and Priscilla's marriage lasted about six years officially, but in reality, they began drifting apart after only a couple of years, due to Elvis's hectic touring schedule and chronic infidelity. They divorced in 1973, but reportedly remained on good terms until his death in 1977. Since then, Priscilla and her daughter Lisa Marie have been at the forefront of projects keeping Elvis's legacy alive. The upcoming Elvis biopic, starring Austin Butler as Elvis and Tom Hanks as his manager Tom Parker, will likely cover the relationship between Elvis and Priscilla as well; it remains to be seen what approach the movie will take to their controversial first meeting and subsequent romance.