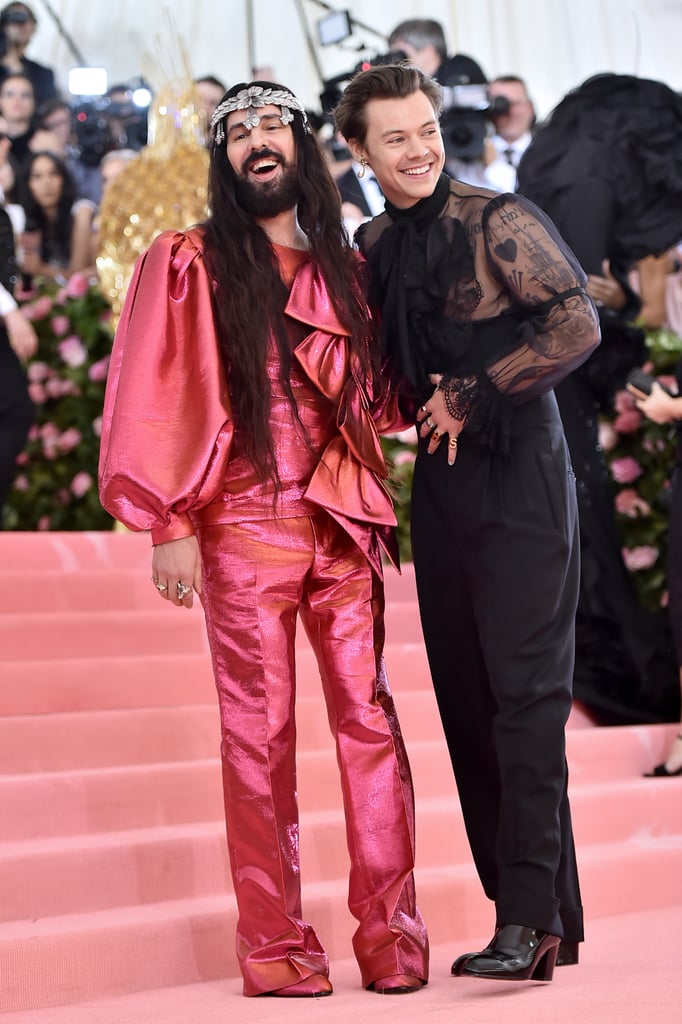 Harry Styles made his Met Gala debut on Monday in NYC, as a cohost no less! The 25-year-old singer walked the red carpet at The Metropolitan Museum of Art alongside Alessandro Michele, the creative director of Gucci and another cohost for the "Camp: Notes on Fashion"-themed event. Harry wore an all-black Gucci outfit, with a sheer ruffle blouse, a single pearl earring, multicolored panted nails, and the highest high-waisted trousers we've ever seen.

Harry's kept a relatively low profile since wrapping up his tour in 2018, although he did make a brief appearance back in March to sing with Stevie Nicks at the Rock & Roll Hall of Fame. Hopefully his fashionable step back into the limelight means more red carpet appearances in the near future. Ahead, see more snaps from Harry's glam night out at his first Met Gala.

Harry Styles
Did Harry Styles Have One of the Most Precious Glow-Ups Ever? It Would Appear So
by Brea Cubit 1 week ago 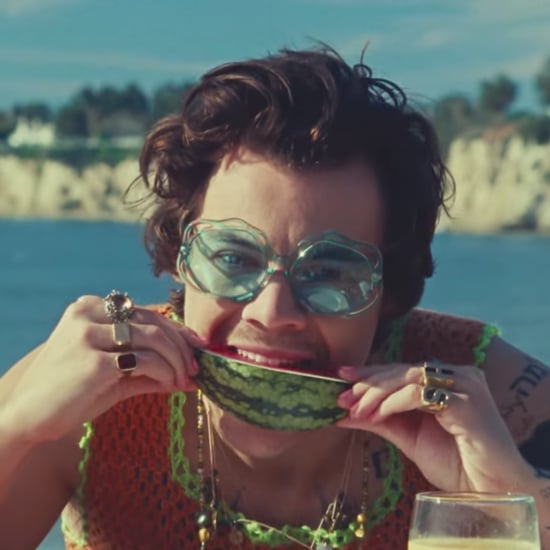 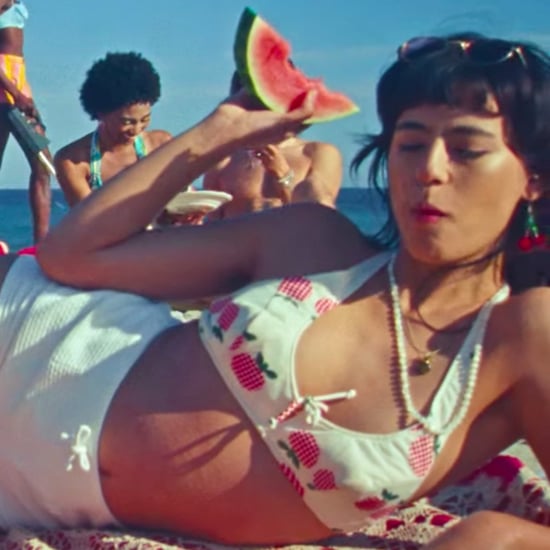 Harry Styles
Is It Just My "Watermelon Sugar" High, or Are These Swimsuits Straight Out of a ModCloth Catalog?
by Sarah Wasilak 2 weeks ago