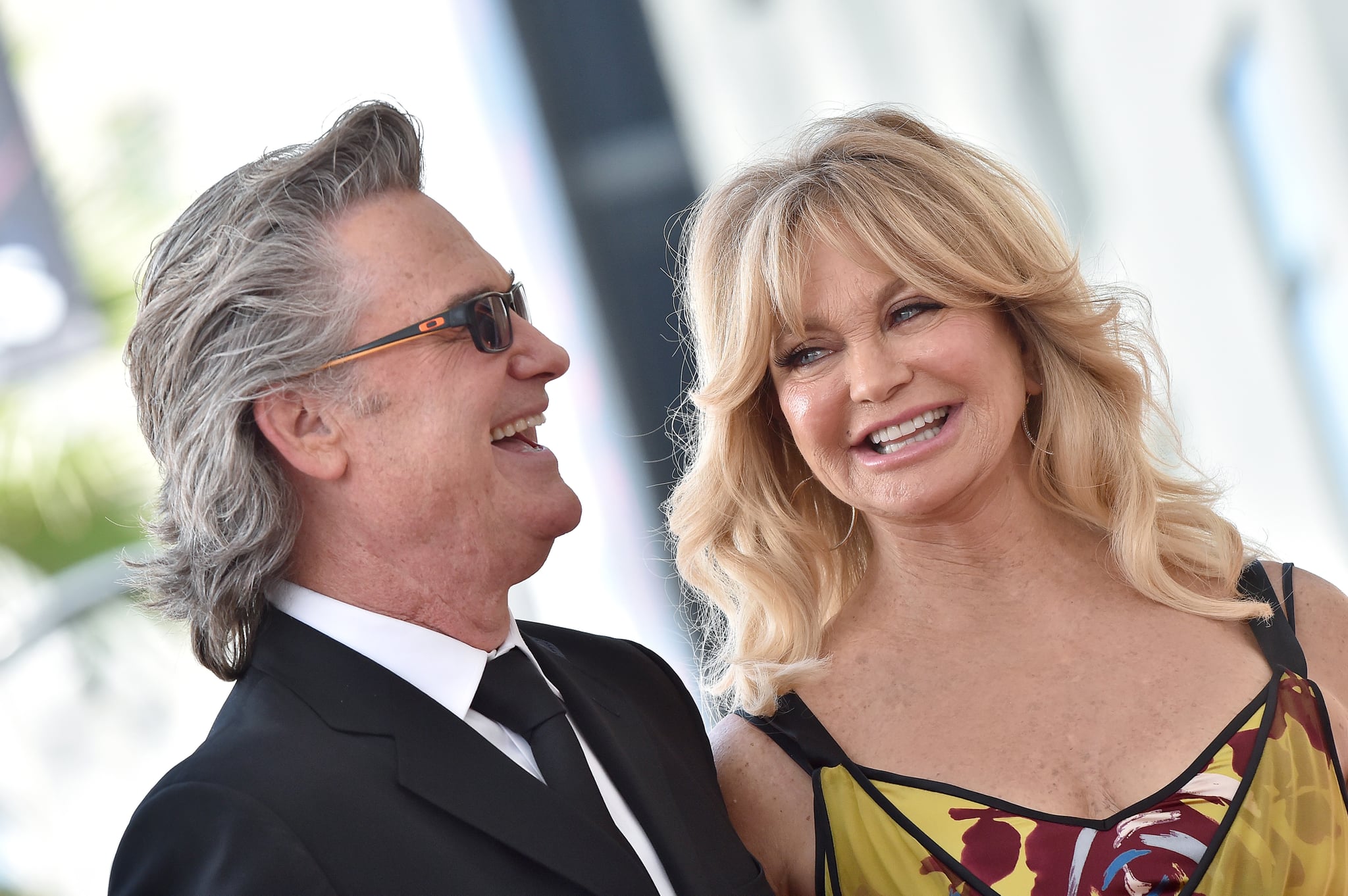 Goldie Hawn is an open book when it comes to her 34-year-long romance with Kurt Russell. During an interview with People, the Snatched actress opened up about her instant connection with him on the set of their 1984 romantic war drama, Swing Shift. "He was so good-looking, but he had no pretense about him. I could tell right away he wasn't a womanizer," she said. At the time, Kurt had just finalized his divorce from Season Hubley and was already a father to his son, Boston, while Goldie had two kids, Oliver and Kate, from her previous marriage to Bill Hudson, but it didn't take long for their friendship to develop into something more. "What really got me was when I watched my kids when they'd come to the set and how he was with them," she added. "He was amazing with them. He was such a natural."

Even though the two have never officially tied the knot, they're still one of Hollywood's strongest couples, which Goldie credits to family, fun, laughs, and sex. "If you don't nurture that, and remember, you're done." Of course, she isn't naive to the challenges of monogamy either. "I'm sure I've been party to it, and Kurt's been — we're all normal this way," she admitted. "Would you want a man who doesn't look? Who doesn't feel inspired by the beauty or the curves of a woman's body? Or the way she is? I mean, come on. We're human beings. There is, I guess, an elasticity to the relationship. Otherwise it's going to break, just like a rubber band."

And the two are constantly growing in their relationship. After all these years, Goldie admitted that Kurt still surprises her, most recently at their joint Walk of Fame ceremony. "It turned out to be a love fest," she said. "The last thing he said was, 'I'll always cherish you.' I didn't expect him to say those things. I had no idea he was going to be so beautiful."

Celebrity News
Glee Star Jenna Ushkowitz Marries David Stanley: "We Got to Have the Day of Our Dreams"
by Monica Sisavat 1 day ago