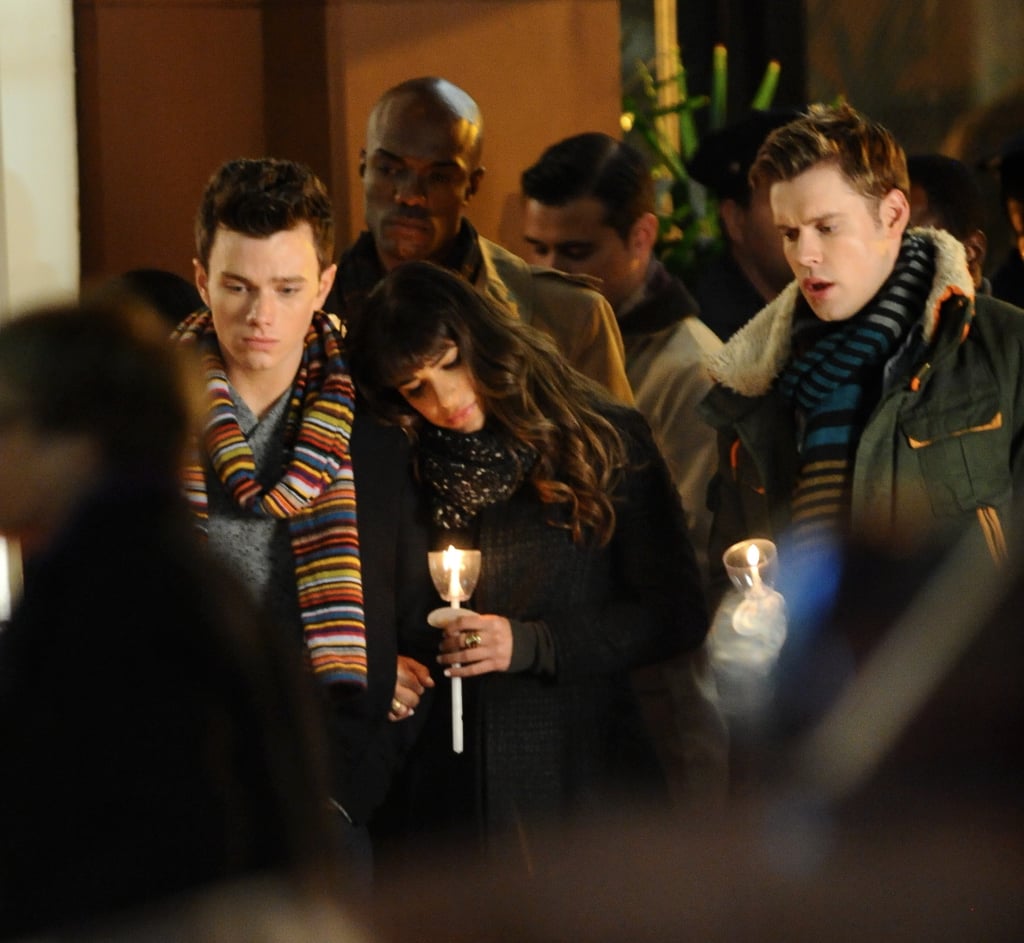 Lea Michele, Chris Colfer, and Darren Criss joined their Glee castmates to film an emotional candlelight vigil scene in LA on Tuesday. Lea, Chris, and Chord Overstreet sang on a sidewalk while holding small candles. Earlier in the day, Chris and Darren filmed a daytime scene on the same sidewalk, with an injured-looking Chris placing a white flower on a makeshift memorial that featured rainbow flags and "Get Well" balloons. The scene was most likely not for the late Cory Monteith's character, Finn, as the LGBT-friendly flags hint that it was possibly for a gay character, like Adam Lambert's Elliot.

The cast's memorial came the same day that Glee returned with new episodes on Fox. (Spoiler alert: Rachel slapped Santana.) The group is currently preparing for their highly anticipated 100th episode, which will air on March 18.

Celebrity Instagrams
The Cast of Glee Honor Late Costar Naya Rivera on Her 34th Birthday: "We Miss You"
by Brea Cubit 1/13

Naya Rivera
Naya Rivera's Glee Legacy Is So Important, and It's Still Helping Me Come Out to Myself Today
by Christine Shanahan 8/09/20