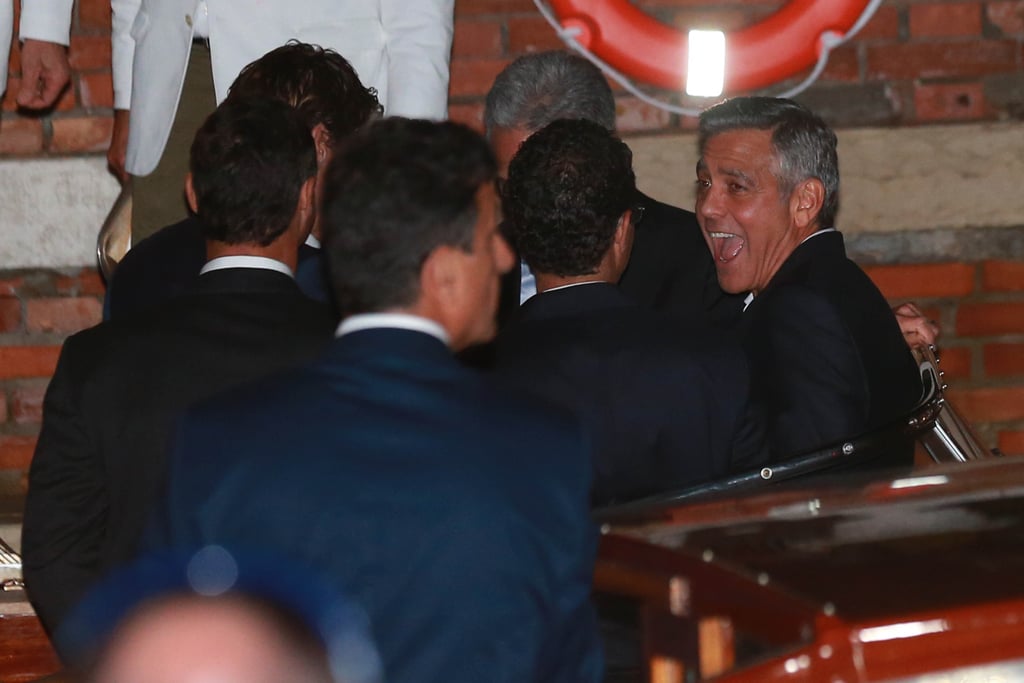 George and Amal Have a Star-Studded Rehearsal Dinner in Italy

The wedding countdown is on! George Clooney and Amal Alamuddin were surrounded by famous friends and loved ones at their rehearsal dinner in Venice, Italy, on Friday. The held a joint dinner at Hotel Cipriani, after which the men and women separated for group taxi rides. Matt Damon and his wife, Luciana; Emily Blunt and John Krasinski; and Cindy Crawford and Rande Gerber were among the famous couples who joined George and Amal for their celebration. Anna Wintour also got in on the fun, sparking rumors that the couple's wedding pictures might appear in Vogue.

Earlier in the day, George and Amal looked like they were ready to get married when they showed PDA in Venice. The pair, who are set to get married in Italy this weekend, hugged while chatting on a boat and riding around the city's famous canals. The couple's A-list friends had already started flooding into the city to prepare for the pair's nuptials, with Matt and Luciana arriving alongside Emily and John. The foursome was spotted loading into their own boat. George and Amal surprised the world when they announced that they had gotten engaged back in April. The pair has been busy planning their wedding ever since, with Amal dividing her time between preparations and her high-powered job as a lawyer in London. Their wedding comes hot on the heels of Brad Pitt and Angelina Jolie's surprise nuptials, which took place in late August. Hopefully Brad and Angie will be able to stop by George's wedding, as they are currently working in nearby Malta.