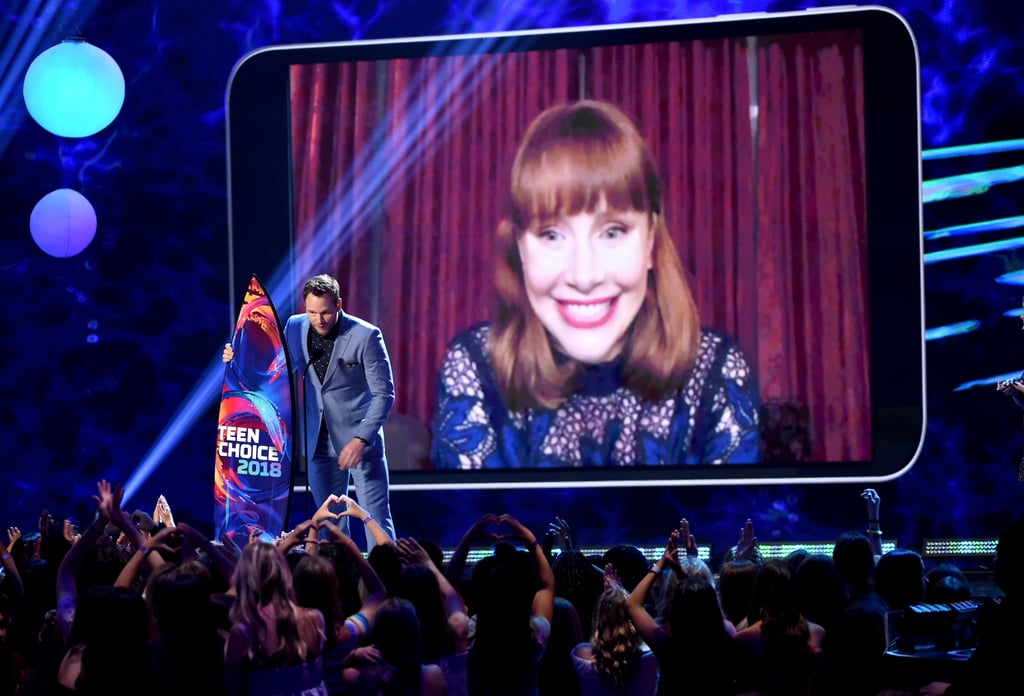 Could Chris Pratt and Bryce Dallas Howard be any cuter? During the Teen Choice Awards on Sunday night, the Jurassic World stars put their sweet friendship on display as they took home choice Summer movie actor and actress. Though they couldn't be together in person, that didn't stop them from giving an adorable acceptance speech on stage, as Bryce tuned in via video chat. While Chris took a moment to thank God in his speech, Bryce gave a shout-out to her costar. "The only thing better than running from dinosaurs is running from dinosaurs with Chris Pratt," she said. Aww! See the full video ahead.

Tyler the Creator
Tyler, the Creator's Stunning AMAs Performance Took Us to a Rap Winter Wonderland
by Njera Perkins 5 days ago

Jay Z
JAY-Z Continues to Win For Hip-Hop as the Most Grammy-Nominated Artist in History!
by Naledi Ushe 5 days ago