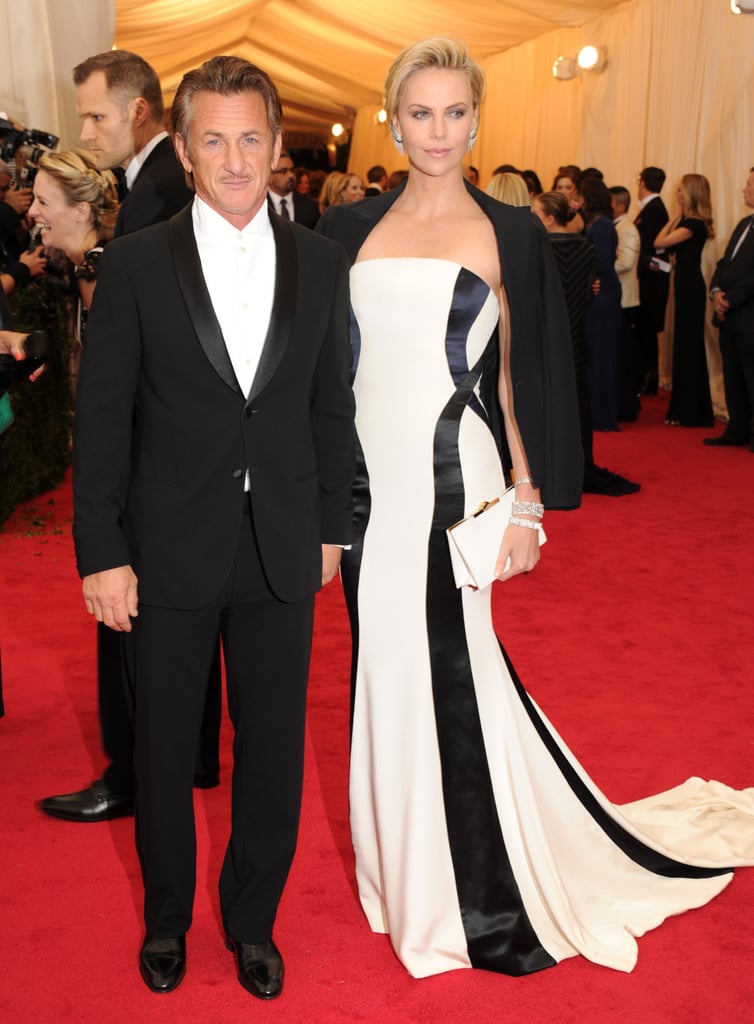 Charlize Theron looked very glamorous alongside Sean Penn as she arrived at the 2014 Met Gala in NYC on Monday while wearing a white and black gown. This marks the actress's return to the annual bash after quite a long hiatus — she last walked the red carpet at the gala in 2006. This year's Met Gala will be the first event in the Metropolitan Museum of Art's newly renamed Anna Wintour Costume Center (formerly just the Costume Institute) and will celebrate the work of American-based designer Charles James. Charles was best known in the '40s and '50s for his glamorous ball gowns, which had an Edwardian feel. Don't forget to check out the all-time best dressed guests from the Met Gala!