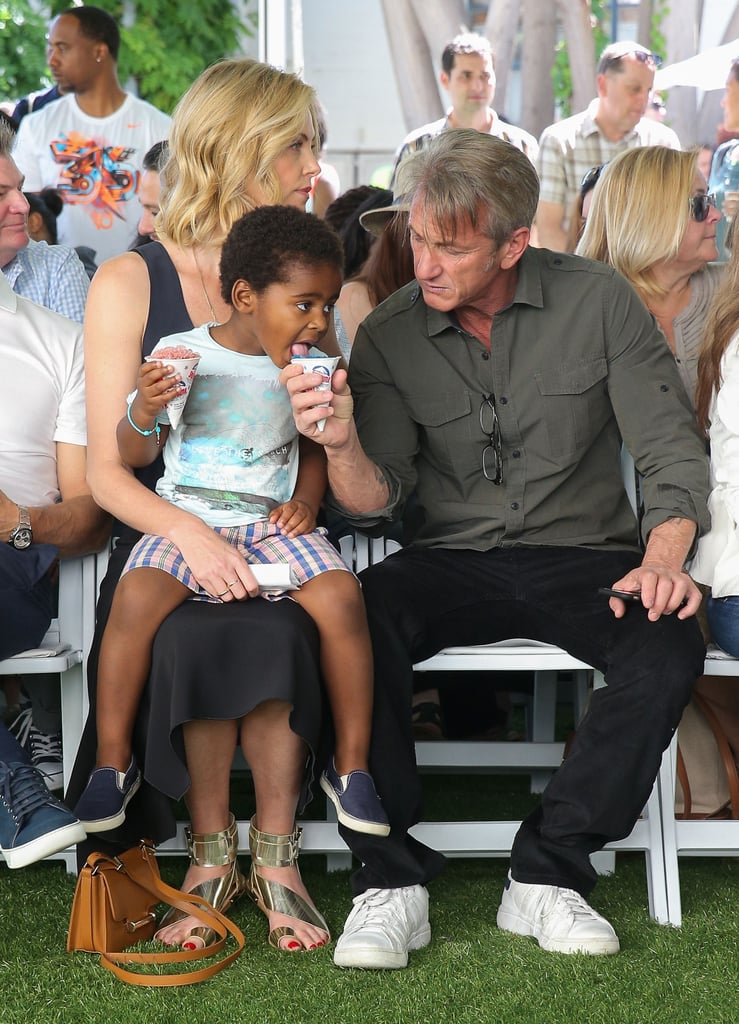 Charlize Theron had both her son, Jackson Theron, and her beau, Sean Penn, in tow for a Saturday outing at the GenerationOn block party in LA. As they sat in the audience, Sean and Jackson enjoyed (and even shared) snow cones, and Charlize packed on adorable PDA. Charlize also took the stage to present the William Morris Endeavor award to the Points of Light charity. Since they began dating in early 2014, Sean and Charlize have made dozens of sweet public appearances together, including a date night at last year's Met Gala. According to sources, they've been secretly engaged since November. Keep reading to see their latest outing.

Meghan Trainor
Here's What We Know About Meghan Trainor and Daryl Sabara's Son — Plus His Cutest Photos!
by Alessia Santoro 2 days ago