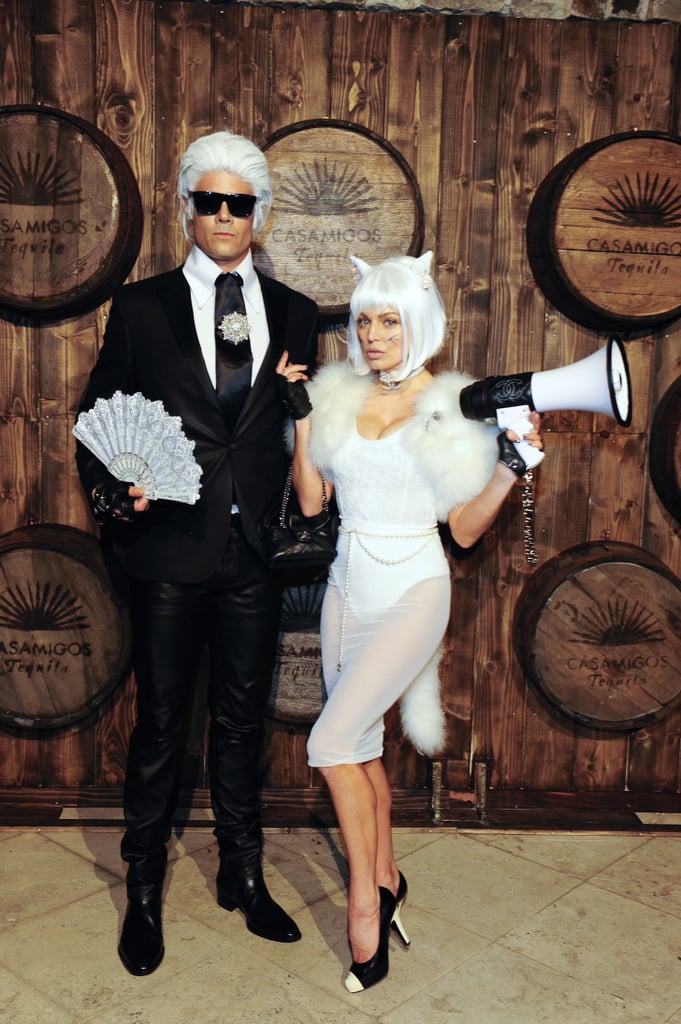 From Cole Sprouse and Lili Reinhart's bone-chillingly cute matching skeleton costumes to Kardashian couples killing the game in sexy and seductive outfits, Halloween for Hollywood stars is a (dead) serious affair. Heidi Klum's annual Halloween parties have boasted some of the wildest couples costumes the red carpet has seen (her and Tom Kaulitz's outfits being worthy of a double take), but the fun doesn't stop there. Couples like Gisele Bündchen and Tom Brady looked cuter than ever when they dressed up as Dorothy and the Cowardly Lion from The Wizard of Oz, while Christina Aguilera and Jordan Bratman quite literally scared everyone half to death when they disguised themselves as a zombie bride and groom.

Trust us when we tell you that you haven't seen anything until you've seen these iconic Halloween costumes worn by some of Hollywood's most famous stars. Keep reading, because these star-studded couples know how to creep it real.