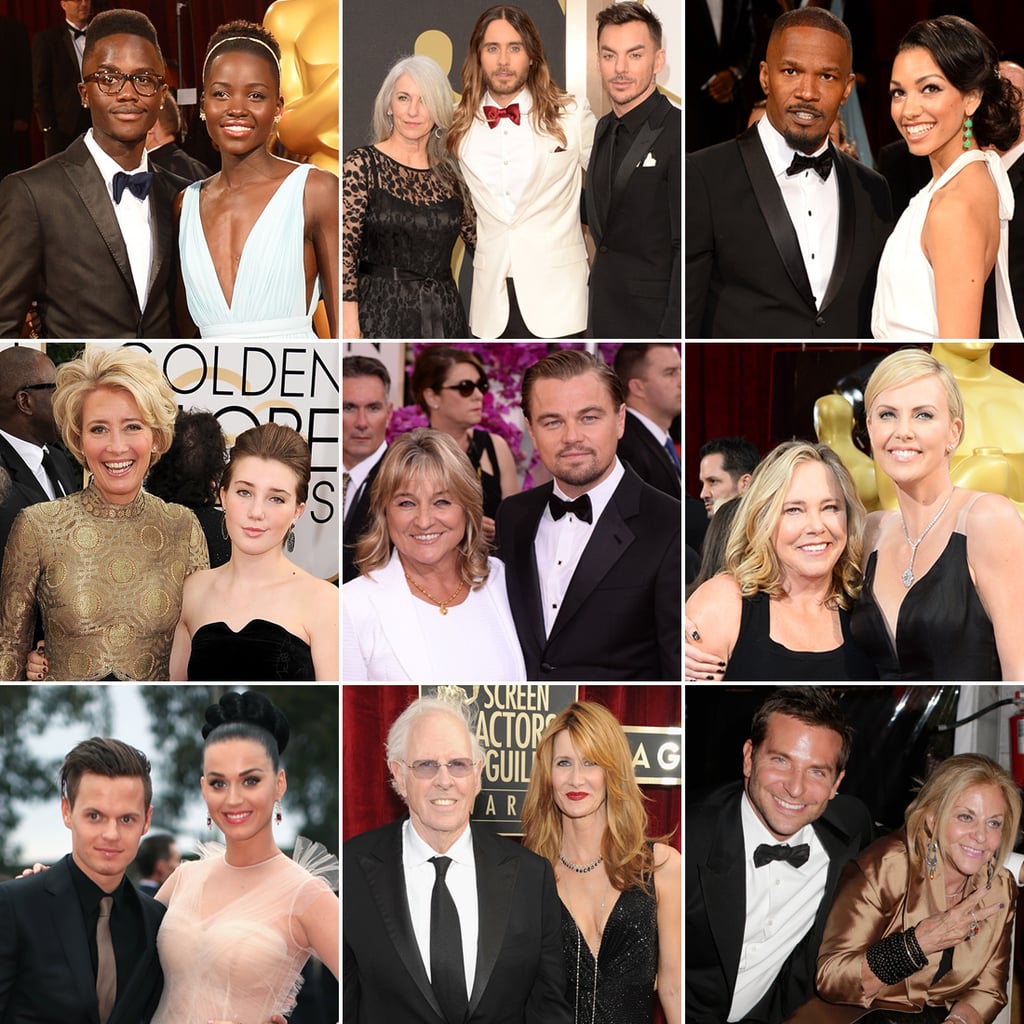 The 2014 award season brought out Hollywood's finest, and while lots of cute couples (and even a handful of sexy solo stars) were in attendance, there were also many A-listers who decided to keep things in the family during their big nights out. Leonardo DiCaprio had his mom, Irmelin, by his side while Bradley Cooper's mother, Gloria, continued her tradition of accompanying Bradley to industry events as well. Cate Blanchett's cute son was doing magic tricks for the Critics' Choice Awards audience, and Laura Dern spent lots of special time with her father, Bruce, who was nominated for his work in Nebraska. Even musicians got in on the family affair at the Grammys, with Madonna matching her young son and Katy Perry bringing along her brother. It was best supporting actress Oscar winner Lupita Nyong'o, though, who had a steady stream of family members accompanying her during all her celebratory moments this season. Keep reading to see all the celebs who made the red carpet a family affair.

Halsey
Halsey Doesn't Hold Back After Being Snubbed For a Grammy: "It's Not Always About the Music"
by Grayson Gilcrease 3 days ago

Teyana Taylor
The Grammys Snubbed Women For Best R&B Album, and It's Frankly Bullsh*t
by Mekishana Pierre 1 week ago