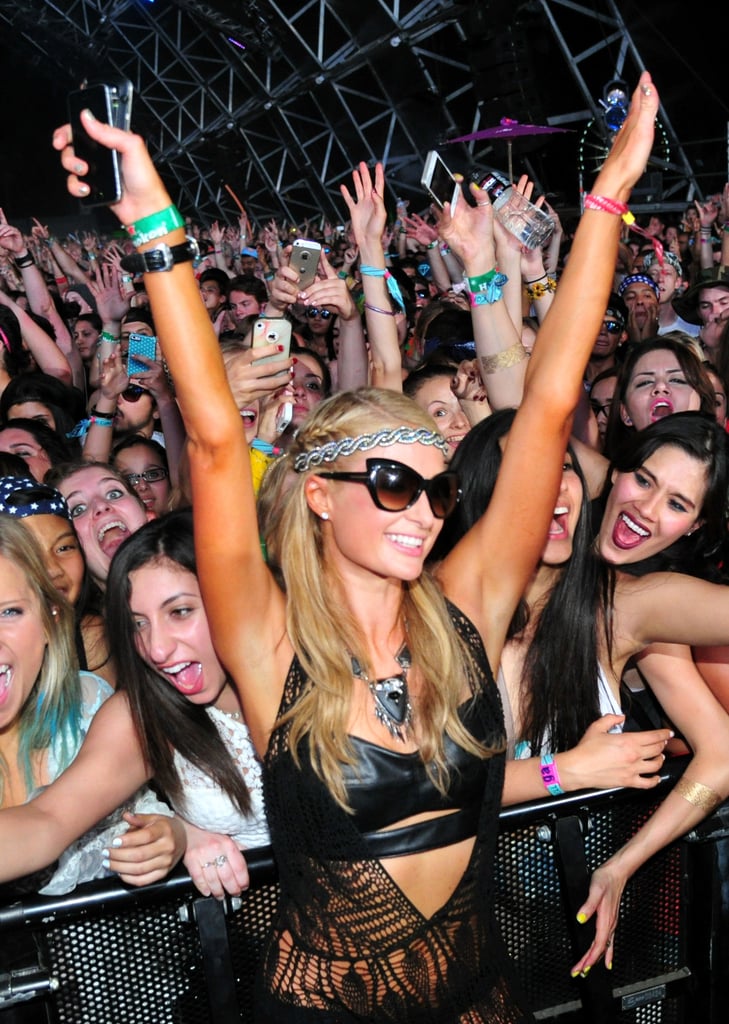 Paris Hilton: Every Year Since 2007

When Coachella kicks off, there will be loads of music fans and style stars flocking to the California desert to soak up the sun and bounce around to awesome performances. The crowd will of course include some Coachella newbies, but there are lots of stars who seem to never miss a year, sometimes taking in the shows both weeks in a row. The biggest Coachella fans in Hollywood may be Paris Hilton and Kate Bosworth, who we've spotted drinking, dancing, and showing PDA annually, as well as Jared Leto, who — despite a short break — has been a mainstay at the festival for nearly a decade.

Because of all the famous festivalgoers we're sure to spot this year, we've rounded up photos of the nine celebrities who have earned their statuses as Coachella MVPs. Read through to see them all now, and be sure to check out the cutest couples from festivals past.

Celebrity Couples
A Look at Chrishell Stause's Relationship History: From Matthew Morrison to Justin Hartley
by Monica Sisavat 3 days ago

Justin Hartley
Prior to Meeting Chrishell Stause, Justin Hartley Was Married Once Before
by Monica Sisavat 5 days ago

Celebrity Couples
Who Has Brandon Flynn Dated? A History of His Rumored and Confirmed Romances
by Monica Sisavat 4 days ago

Megan Fox
Who Has Megan Fox Dated? Look Back at Her Past Loves
by Monica Sisavat 1 week ago